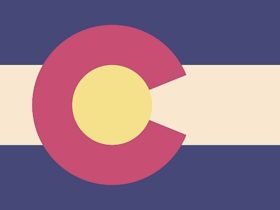 Former CFTC Chairman Christopher Giancarlo seems to have salvaged XRP again.  He said in an article in the International Financial Law Review (IFLR) that XRP is Much like bitcoin and Ether.

This view he holds is different from that of the US Securities and Exchange Commission (SEC). The SEC hasn’t made up its mind yet on how best to classify XRP. This isn’t surprising though. Ripple Labs and its CEO Brad Garlinghouse are in court over XRP’s status as a security.

The crux of Giancarlo’s argument has to do with XRP’s conformity to Howey’s securities test. Giancarlo argues that XRP is not an investment contract.

Chris hinges this argument on the principle of no contractual relationship between XRP token holders and Ripple. He also likened something similar between Ether holders and the Ethereum foundation. Hence the involvement of investment contracts is nonexistent.

Chris has also put forward the argument that there is “no common enterprise” between the XRP holders and Ripple. He gave similarities to that of investors and a company. His pivot was the expectation of a profit from token holders in this regard.

Giancarlo further aimed to the absence of either vertical or horizontal relationships between the parties. This position was determined by the courts.

He has also pointed to the “no reasonable expectation of profits” as the third and fourth principles of the Howey test.  Making mention of Ripple’s posture on marketing and the independence of the XRP network setup.

Chris maintained to the fact that the XRP ledger was sufficiently decentralized to steer clear of being classified as a security.

This according to Chris puts XRP in the same league as the other cryptocurrencies. Even though XRP isn’t mined like Bitcoin, Chris alluded that the escrow account and its programmatic outflows serve similar functions.

For ‘Crypto Dad’, his passion for alternative investments is obvious. What remains to be seen is how the SEC will respond. Time will tell.