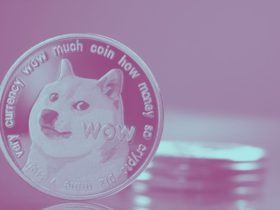 Dogecoin Creator Says He Has Only 220,000 DOGE And Is No Longer Part Of The Development Of The Project

The founder of Ethereum, Vitalik Buterin, on whether ETH’s scalability issue is a result of Tether clogging its mainchain, said the OMG Network isn’t an “eth killer.”

Issues have arisen concerning the recent integration of Tether (USDT) into the OMG Network. This movement to OMG formerly OmiseGo was intended to reduce confirmation time and facilitate the payment processes on Bitfinex exchange, a sister company to Tether.

The company openly expressed their satisfaction in joining the OMG network, which is seen as more viable, scalable, and cost-effective.

Defending this move, Bitfinex CTO, Paolo Ardoino, stated that by this migration, the company will be able to improve performances, save cost, and unclog the Ethereum root chain. He went further to say that there will be decongestion on the mainchain which will be beneficial to Tether users, allowing traders to take better advantage of trading opportunities.

In response, Buterin tweeted that OMG is not the cause of the difficulty faced by the network since it is just a plasma chain on Ethereum.

Bitfinex CTO, still on the reason for migration, went further to explain that there have been so many complaints from the Ethereum community stating that Tether causes congestion in the mainchain. But he thinks that by extending to the OMG network, Tether and Bitfinex are supporting Ethereum to experience both the mainchain and plasma.

This may not be the first time Tether and Bitfinex are being accused of disrupting a system. In November 2019, two bitcoin traders, Eric Young and Adam Kurtz who are based in Pennsylvania and Newyork filed a lawsuit against the two companies.

The duo who filed the lawsuit in the Western District of Washington claimed that Tether and Bitfinex “conspired to monopolize the bitcoin market, manipulate the market information, and make inaccurate claims.”

Though Bitfinex denied this allegation, according to the statement made by the CTO, the Ethereum community complaint sounds like another one.