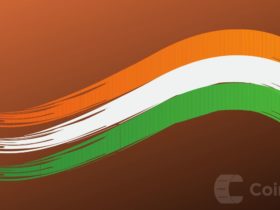 Ripple is no doubt one of the most popular companies in the crypto and blockchain industry, especially because it’s the creator of XRP. XRP is now the number 3 crypto on the charts – in terms of total market cap.

However, there has been some discontent among XRP fans due to its dwindling value. A short while ago, XRP was down 95% compared to its ATH of $3.40. Some enthusiasts feel that Ripple is responsible for the price stagnation. For one, Ripple has been releasing XRP tokens into the market to the tune of around 1 billion XRP every month. As such, some XRP fans and investors feel that this monthly release is tantamount to dumping that result in a price crash. However, Ripple’s CEO Brad Garlinghouse begs to differ with this notion. He expressed his sentiments in a recent interview with CNN.

In an effort to exonerate Ripple from any fault, Brad argued that Ripple has always upheld the belief that no single entity should be allowed to manipulate the XRP market, and that’s why the company has always been wary of selling a large amount of XRP to whales.

He went on to intimate that when the sales are made, Ripple puts measures in place to ensure that the institutional buyers don’t dump large amounts of XRP that could hurt the crypto’s market price. In Brad’s opinion, Ripple has absolutely no incentive to affect XRP’s price downwards, especially because the company is the largest XRP holder and uses the proceeds from the monthly sales to support its projects.

However, there has been a level of anger within the XRP community, with some pointing fingers at Ripple for continually releasing a huge amount of XRP into the market every month.

Apparently, it’s this regular “dumping” that has kept the price down for so long. Just a few months ago, a section of the XRP community tried to petition for a move to fork the crypto.