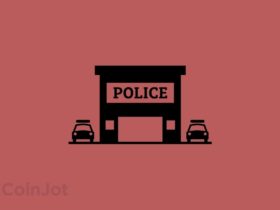 Brad Garlinghouse, a CEO of Ripple, made a public comment regarding the recent synergy of his company with 40 other partners into Open Payments Coalition, the members of which use the PayID platform to generate a payment identifier within their open-source network.

This marks an important milestone for Ripple, as the company joins the move with the intent of making online payments as easy and accessible as possible, across a range of different currencies supporting all sorts of digital platforms and services – including phones, laptops, and even Alexa.

With PayID, the companies within the consortium will be able to enact wireless payments across the network, making it easy to use and accessible within RippleNet as well as beyond. According to the company’s official letter, this move supports the long-term organizational vision, in which Ripple wants to become a part of the Internet of Value (IoV). This relatively new concept stresses the importance of speeding up and promoting online value transactions – and Ripple aims to be at the forefront of it.

What does this move mean for Ripple?

Expanding the partner network within which the payments industry can be enacted with ease, Ripple also stresses the importance of the PayID service, which main goal is to replace heavy number-rich bank account IDs and instead bring a simple and innovative solution, where now the central part will be given to people’s names. The good part, the service does support both fiat and digital currencies, which acts for the double benefit of users who formerly were limited only to a single one to transact.

Overall, the idea behind it lies in making online payments as simple as possible. In a world where digital files are transferred instantly, the company makes a goal of adding payments to the same list, while making it as free of complications as possible. This has already bettered RippleNet’s On-Demand Liquidity (ODL) service to achieve scalability among banks and financial institutions, which can also take advantage of XRP instant digital currency.

Now, Ripple aims to bring the business into the mainstream while promoting it across small businesses and individuals, who can benefit from the company’s service by making e-commerce and cross-border transactions. It was also found useful in the wave of the pandemic, when many of the banking facilities were closed and the companies like Ripple had enough time to re-establish their relevance. Perhaps, this is the underlying reason why Ripple made its appearance on CNBC 2020’s Top 50 Disruptors list.