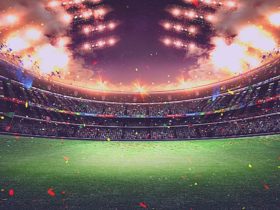 Manchester City Scores In The Metaverse With Virtual Stadium

Blake Masters, an aspiring U.S. senatorial election candidate from the Republican party, has suggested that the U.S. government should “buy a strategic reserve of Bitcoin.”

For Blake, who is also the chief operating officer of billionaire Peter Thiel’s Thiel Capital, the U.S. buying Bitcoin as a reserve currency will be a way to show the United States’ contrast with China following their recent ban on the ‘economic freedom’ promoting cryptocurrency. To the long-standing Bitcoin proponent, the move will be important enough to rank among other U.S. strategic security installations such as Fort Knox.

Remarkably, the Senate hopeful has been a long-time Bitcoin proponent and is even accepting Bitcoin donations for his election campaign. The elections will see him face off with other candidates first in the party primaries, and then potentially knock off current Senator Mark Kelly in 2022 to gain the Congress seat for Arizona.

Key observers in the cryptocurrency space including Jameson Loop, a co-founder, and current chief technology officer of Casa, have observed that it is pertinent for U.S. government officials to have a working knowledge of Bitcoin and cryptocurrencies. The sentiment is intended at ensuring that they are well-grounded to make regulations that will ensure that adoption and innovation in the growing industry are not stifled and driven away from the country.

Currently, even among vocal supporters of Bitcoin in Congress, only a few have proven beyond reasonable doubt that they have used or are using Bitcoin. This is according to a recent investigation carried out by Jameson Loop, where he went through the financial disclosures records of members of Congress. His findings indicate that only 2 current Senators – Senator Cynthia Lummis and Senator Pat Toomey – reported Bitcoin holdings in 2020.

Additionally, the cryptocurrency space, and particularly Bitcoin, the largest cryptocurrency by market cap, has been getting a lot of push back from the U.S government. The Biden-led administration, through regulators such as the SEC and the Treasury Department, has taken a strict stance on cryptocurrencies. The SEC has brought several enforcement cases against crypto-businesses that are perceived to be in contravention of the country’s securities laws. There is also an ongoing collaboration between the SEC and the Treasury Department to monitor stable coins more closely.

In contrast, several supporters of the space have also emerged in the government that gives the industry hope that all is not lost and the government may still come around to making the U.S. a more crypto-friendly jurisdiction. This has been exemplified recently by the actions of Neel Kashkari, the president of the U.S. Federal Reserve Bank of Minneapolis, who recently retweeted Michael Saylor’s Bitcoin promoting tweet.

Similarly, Rosie Rios, a former treasurer of the United States, recently opined that XRP was different from other cryptocurrencies that were speculative, going by its strong use case of facilitating cross-border payments.