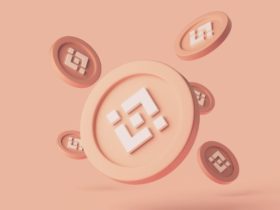 Binance’s CZ Now Richest Billionaire In Crypto With Staggering Net Worth Of $96B, According To Bloomberg

Some time ago, Facebook announced plans to launch its own cryptocurrency named Libra. However, this plan seems to have run into a few walls and stalled the project. But that’s not to say that Facebook is entirely out of the crypto business. Turns out Libra Association, which is a Facebook affiliate, has drawn up plans to launch a stablecoin. About 3 people working on the project have confirmed the rumors.

According to circulating reports, the stablecoin will initially be backed by the USD. More stablecoins backed by other currencies will be created and launched later.

This gives the notion that Libra is going big on stablecoins, leaving lots of questions as to whether the Libra crypto project is still in the pipeline. That’s especially considering the legal issues that Libra has run into in the recent past.

It Could Debut In January

While Libra is charged with the possibility of soon launching a stablecoin, regulatory and licensing issues have gotten in the way of an otherwise quick launch. Libra is yet to get a service license from the Swiss Financial Market Supervisory Authority (FINMA).

However, according to three people working on the project, Libra could be issued with that license as early as January 2021, giving the full green light for the launch of the stablecoin. Still, that’s a pretty hopeful projection considering that Libra applied for the license way back in April 2020.

While the Libra Association works on launching the first stablecoin, Novi is working on releasing digital wallets to cater to the market. Novi, formerly Calibra, is another Facebook subsidiary. However, according to sources involved in the development of the wallets, the wallets are ready but will not be immediately available for use by the entire universe.

Novi plans to avail the digital wallets starting with the US and Latin America regions that have high remittance volumes. For the US, Novi will be licensed by each of the 50 states.