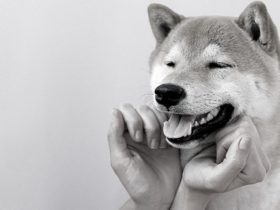 Israeli birthed social trading and multi-asset brokerage company eToro has been accumulating a decent amount of value from Bitcoin purchases made nine years ago, according to a disclosure by its co-founder and C.E.O, Yoni Assia.

The 40-year old C.E.O was reacting to a tweet by Bitcoin Magazine which asserted that he had been buying Bitcoin since it was $10 per coin concluding that his investments are now worth $40 million today. Although he did not openly disclose his current holdings as alleged, Assia impliedly affirmed this statement stating that indeed, they had bought BTC for eToro back then.

“We bought the BTC for eToro back in 2012/13, so it’s part of eToro balance sheet and kept in secured air-gapped cold storage. eToro has $9.4B in assets under administration of our clients as of the end of Q2 and continuously maintain the highest levels of security our customers.” He said.

The investments maestro has been a close follower of the leading crypto asset, a conclusion that is informed by a pinned tweet from April 2011, when he alert’s a friend about Bitcoin’s price slumping from $10 cents to $2.5 cents.

Historical data shows a decent improvement in the assets price in 2012 as it moved from $4.80 in May to $13.20 by August before slipping back to $10.88 in September, which is right around where the first purchase might have happened. The following year proved to be a significant period for Bitcoin as it began the year trading at $13.40 to rapidly growing to $817.12 by year-end. Today, the crypto assets price sits just below $50,000, a 498,700% increase in value since 2012.

Since the company first introduced Bitcoin trading in 2013, it has continuously reported remarkable gains in revenue since it started offering crypto trading services in 2017 later expanding to the U.S. and other parts of the world.

According to Sec filing last week, the company reported an increase in revenue following crypto going mainstream as financial institutions and corporates increasingly adopt crypto-assets. In response to this demand, it added 10 new cryptocurrencies in recent months including Dogecoin and Shiba Inu bringing the total number of crypto assets available across the eToro platform and exchange to 29.

It also introduced ETH 2.0 staking which will be rolled out on a country to country basis. At reporting time crypto assets formed the largest source of commissions for the company at 73% in Q2 of 2021.