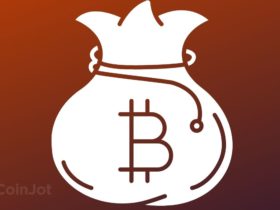 Bitcoin developer and author of “Programming Bitcoin”, Jimmy Song says Decentralized Finance (DeFi) is hyped and not what it seems to be. During an interview with Coinmarketcap on “Crypto Titans”, Song said Ethereum DeFi is a “misnomer” as users have to trust those who run the DeFi space, which makes it centralized finance and not what users believe it to be.

He compared DeFi to the regulated centralized financial systems such as banks, which he said are safer than the so-called decentralized ones because users can easily sue the former but cannot do the same with the latter.

“There’s already a lot of centralized finance things out there, but they’re regulated. This is essentially a way to subvert bad regulation. Now, you could think of that as good or bad: if you have regulation, at least you have recourse should something go terribly wrong.  You can sue the company”, he said during the interview.

With something like DeFi, it’s not regulated at all. It’s just as risky, if not riskier than a lot of really leveraged financial products that are already in existence”, he added.

Song is a strong advocate of Bitcoin and does not believe that altcoins have any future. During the interview, he also mentioned that he got into altcoins and regrets it. He added that there is no blockchain without Bitcoin as it is not possible to run one without the number one cryptocurrency, which invalidates the argument that it is the blockchain that matters, not Bitcoin. Asked if he has changed his mind on whether blockchain can work with Bitcoin, he said:

“The “blockchain, not Bitcoin” working was one of them. I mean, I tried for two years at Paxos to make a blockchain work without Bitcoin — and it doesn’t. I’ve tried every which way. “

According to Song, at least Bitcoin has been a good store of value relative to fiat money and other cryptocurrencies. Bitcoin started the year 2020 at around $9,000 and is still around that range after 6 months, unlike altcoins like Bitcoin Cash and XRP which have both lost significantly against Bitcoin.

He says this makes it a good store of value and it is why investors outside of the space are looking into it and considering it to diversify their investments as more random printing of money is done by the government.