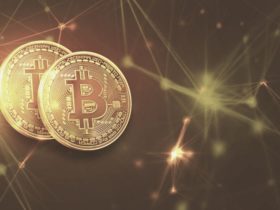 Ripple is increasingly gaining weight worldwide, as more and more businesses choose to stake in it and conduct their operations using Ripple’s On-Demand Liquidity (ODL) network. For that, XRP can be a useful means – however, the success of the company Ripple Inc. should not necessarily be projected to its digital token XRP.

Anthony Pompliano, a well-known host of The Pomp Podcast and co-founder of Morgan Creek Digital, find that it’s exactly the point. Even though he maintains a high degree of interest in Ripple and its technology, where Pompliano sees the potential, he still expresses moderate skepticism when it comes to XRP:

To me, if Ripple is successful, that doesn’t mean XRP has to be successful…”

Pompliano further illiterates that Ripple and XRP have to be viewed separately – Ripple is a platform having a purpose to ease operations for banks and a venture capital investment.

Being in wide use cases across industries and businesses, Ripple continues to build its customer base by targeting small-sized businesses and individuals. According to Ripple’s SVP Asheesh Birla, Ripple has already taken a leadership rank among remittance services based on blockchain.

For a long time, Ripple has been building a bridge between different currencies and constantly expands its offering to embrace as many countries worldwide as possible. Now, it also joined a network with 40 other partners, which together hold a promise of building one digital ecosystem for payment transactions.

However, the picture is less optimistic when it comes to XRP. In fact, the digital currency is considered to be highly controversial due to the fact that its price is allegedly subject to manipulation by the current company’s management, and Ripple’s ex-CTO, Jed McCaleb. Though Ripple has refuted this on several occasions. This is why many traders tend to avoid it, while not placing trust in XRP and instead choosing a more promising asset – Bitcoin.