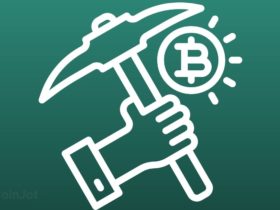 Miguel Vias worked as the Head of XRP markets at Ripple before leaving in April this year after three and a half years with the blockchain firm. Vias has now joined Linqto as the company’s new Chief Operations Officer (COO). Linqto is a company that provides liquidity for private equity markets.

As aforementioned, Miguel Vias is Linqto’s new COO, according to an Aug. 10 announcement. He will be reporting to the CEO, Bill Sarris. In his new position, Vias will be in charge of creating liquidity for new financial products in order to lure in more users to Linqto’s platform. He will be expected to work with pre-IPO Unicorns and secondary market participants to achieve this. Simply put, Vias will be required to make private investing at Linqto seamless for approved investors.

The announcement notes that there are currently one million approved investors who have invested in private markets whilst there are forty-five million who are qualified to do so. Linqto is hoping to onboard the unserved forty-four million potential customers.

“As we continue to make private markets accessible to accredited investors globally, I could not think of a better addition to Linqto’s leadership team than Miguel. He joins us at a pivotal moment and brings a level of experience and expertise that will be critical in supporting Linqto as it becomes the global leader in private market liquidity.”

Vias’ Achievements During His 3.5 Year Tenure At Ripple

As previously reported, Vias joined Ripple in late 2016. At the time, he was responsible for boosting the adoption of XRP by institutional investors, besides forming strategic partnerships for Ripple’s On-Demand Liquidity solution (formerly known as xRapid). A little over a year later, XRP climbed to its current lifetime high just shy of $4 in January 2018.

In his most recent interview, Vias asserted that the main goal is to make XRP the global currency and “substitute settlement asset”. For this to happen, however, the ex-Ripple exec believes there has to be considerable liquidity.

Notably, Vias still owns a significant amount of XRP. As for his new role at Linqto, he had this to say:

“I am thrilled to join Linqto and to have the opportunity to work with the amazing team Bill has assembled. I look forward to helping accelerate the already substantial momentum they have created and am excited to continue finding new ways to provide our customers with liquid access to private markets.”