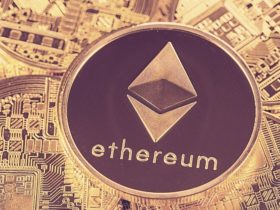 Binance Holdings, the parent company of Binance exchange, has been given operational licenses to operate in the kingdom of Bahrain. This authorization is the very first that the crypto company has acquired in the Middle East since it started its operation.

The report, publicized by Bloomberg said that the company has been seeking a foothold in the region, which may be one of the reasons why it set up its largest operation in Dubai, where the company has been active in collaborations and partnerships that promote the adoption of cryptocurrencies.

The license from the authorities in Bahrain gives Binance the green light to provide custodial, exchange, and portfolio management services for customers in Bahrain.

The governor of the Central Bank of Bahrain, HE Rasheed Al Marajunder, under whose purview the license was issued, said that the Binance licensing is a result of the kingdom’s policy that encourages aligning with global trends while using the experience of operators to develop a legal regulatory framework that ensures the benefit of all parties.

Even though Binance has not always had a smooth sail in certain jurisdictions, the Bahrain license is a boost to the company, whose operations have come under scrutiny in some countries such as the United States, UK, and Japan.

With the recent approval, Binance would operate in the Kingdom of Bahrain under the regulatory oversight of the country’s financial services regulators. The government of Bahrain views the approval as an avenue of fostering innovation in an emerging sector.

“Developing regulations aligned with global trends is a key objective for us at the CBB. We continue to work with partners and industry leaders such as Binance to develop regulations that enable innovation and best practices,”

Another First for Binance

The Bloomberg report says that there were two licenses issued to Binance Holdings. One of the licenses is for the World Trade Center in Dubai, with whom the company will collaborate in the economic free zone as an anchor for several financial services. The second license is for the provision of trading and assets management services for customers in Bahrain.

Changpeng Zhao, the CEO, and co-founder of Binance wrote in a series of tweets that this is the first time that the company has made inroads in terms of the acquisition of operational licenses in the gulf region.