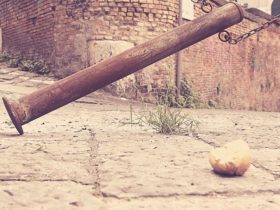 In the second part of an interview with FXCoin, a Japanese cryptocurrency exchange, Emi Yoshikawa, who’s Ripple’s Senior Director of Global Operations, clarifies XRP’s stand with stable coins and Central Bank Digital Currencies (CBDCs). Emphasizing this, Emi says that the role of XRP is to be a bridge asset in international settlement and not in competition with mentioned digital currencies in any way. Hence, these currencies will work hand-in-hand with XRP.

Emi Yoshikawa, Ripple’s Senior Director of Global Operations, emphasized this when asked about her thoughts on the general opinion that there may be an abandonment of crypto assets when stable coins and central bank digital currencies roll out.

Yoshikawa, responding to that, in her own words, said, “There are various types of crypto assets, but I think that the role of XRP as a bridge asset in international settlement is not a competition with Stablecoin or CBDC, but on the contrary, complementary.”

Further establishing her point, she says, “We believe that various stable coins and CBDCs will create a synergy by responding to the liquidity problem by bridging independent crypto assets, XRP,” she concluded.

Furthering the conversation, Emi Yoshikawa, when asked to explain all about on-demand liquidity, ODL, paints the picture of how XRP’s use case differs from that of stable coins and CBDCs much clearer.

The present situation of things, she says, if financial institutions have to send money to a foreign country is that it’s necessary to pre-fund an account in the financial institution’s local currency. The whole process is cumbersome; it places a heavy burden on compliance and operations. Therefore, with on-demand liquidity provided by RippleNet, and crypto-assets such as XRP, this cumbersome process is simplified. On the remittance side, local currency can be exchanged for XRP, moved with RippleNet to the destination country, converted it to local currency, and presented it to the recipient. Quick and easy.

The good news is that this solution-based “idea” is already in operation in Europe, Mexico, Australia, and the Philipines, and Ripple aims to spread its tentacles to other nations of the world.