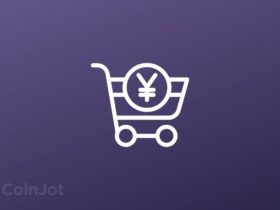 The month of September is starting off on a good note for the cryptocurrency community. First, Bitcoin is less than $100 away from trading at a new high of $12,000; which has not only been long-awaited but is also signaling that the leading cryptocurrency’s current propulsion could result in the $20,000 price being attained before the year elapses, as predicted by analysts and investors in the space.

Another good news is the settlement of the lawsuit that was filed against Tezos. The legal research website CourtListener, is reporting that the lawsuit which has lasted for three years was terminated on the 28th of August, after Tezos settled the class-action lawsuit with the staggering sum of $25 million, with $8.3 million from the settlement funds apportioned to the litigant’s attorney.

All Participants of the 2017 Tezos ICO will be refunded

This is as much good news for the Tezos Foundation which can now move on to strengthen its platform with bigger projects, as it is for the plaintiffs who will now be refunded and settled for damages.

With Tezos settling the lawsuit which was filed on the 26th of November in 2017, the court has ruled that all of the victims who participated in the ICO through which ran from July 1st to 13th and traded their Tezos (XTZ) at little to no profit, or didn’t trade at all before the 26th of November, or have simply lost access to their XTZ coins as a result of losing their account information will be beneficiaries of the $25 million.

All involved participants of the ICO must file a case for their settlement refunds no later than the 16th of October 2020. The Tezos Foundation is also expected to pay the suing party over $200,000 to cover the litigation expenses.

The settlement of the Tezos lawsuit represents a huge step in the movement and quest for transparency and accountability between cryptocurrency investors and new and emerging cryptocurrency foundations, which are known to sometimes deliver less than promised at the time of their launch.

ICOs may soon become a thing of the past

In 2020, ICO projects are seemingly not as popular as they used to be in the early years of cryptocurrencies and this is for good reason. According to CNBC, “Nearly $400 million, or more than 10 percent of $3.7 billion raised in initial coin offerings, has been lost or stolen.”

Although this is one among a large number of ICO launches where investors have been swindled and their funds were stolen, there is still hope for the industry which is now gradually moving from the era of initial coin offerings to other alternative means of raising capital for cryptocurrencies.

While the likes of IPOs (Initial public offerings) have long been in existence, the cryptocurrency community is always advancing and new and more sophisticated alternatives will surface in the nearest future.