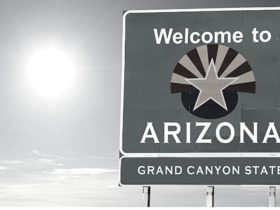 The case for a United States central bank-backed digital currency continues to build with Sen. Elizabeth Warren (D-Mass.) reiterating Wednesday that it could help low-income and under-banked Americans gain better access to the financial system.

The figure, apparently, has been revised by the Federal Reserve from 300 million to 15 million citizens who, according to Warren, the big banks and financial institutions have totally failed to reach with their high priced services that also usually have many requirements.

“Talk about the people who are unbanked or under-banked, who are paying way too much just to have their paychecks cashed or to pay their utility bills. Just trying to get a little edge into the financial system because they do not have standard checking accounts. Digital currencies and central bank digital currency may be an answer there because the costs are extraordinarily low.”

However, according to the senator, a central bank digital currency can prevent fraud, pump and dumps, and other problems eminent in Bitcoin and similar cryptocurrencies. She told a Federal Reserve committee hearing Tuesday that a “handful of big banks” that dominated the economy have created problems including restricting access to banking but which problems cannot be solved by Bitcoin and other cryptocurrencies.

“There is no doubt that we need a safer and inclusive financial system. The biggest banks have too much power, present too many risks to financial system stability, and have failed to serve Americans’ needs. The giant banks have created huge problems.”

She said that instead of Bitcoin and similar cryptocurrencies solving these problems in traditional financial systems, they leave power to miners and super coders. That is why she wrote a letter to the Chair of the Financial Stability Oversight Council Janet Yellen to take a leading role in developing a regulation on cryptocurrencies.