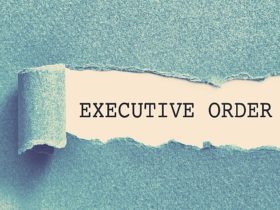 On Friday, a close observer of the ongoing Ripple-SEC case cast his doubts over the possibility of seeing an end to litigation in the matter that has now been ongoing for more than a year.

James K Filan, U.S. based defense lawyer and who has since the offset taken a deep interest in the emotive case voiced his discontent over the twisted angle at which the parties had turned the whole matter, making it more of a two-man war with undue regard to investors and other interested parties.

He further stated that given what he had seen, neither of the parties was going to give in.

“The government is not giving up and based on everything I’ve read Ripple will not give in. I do think that the Hinman deposition went forward. I don’t think Ripple would forfeit that opportunity. Ripple said Hinman has “unique first-hand knowledge about the SEC’s,” he said.

Whereas most people seconded him, one particular response from his followers seemed to bring out the reason for the strain.

“I also don’t understand how they could possibly settle. Ripple wants full clarity. SEC wants a precedent in their favor so that they can go and freak up other projects after that. How do you combine those two? Wild guess, by compromising, where both parties lose something” a follower replied.

Legal Brief lawyer Jeremy Hogan on Thursday blamed the two sides to the case for taking too long to file and exchange submissions further derailing the matter. He particularly noted that despite SEC’s response to ripple and individual defendants and the individual respondents filing a reply to the SEC letter in the current discovery phase, Ripple is yet to file a reply despite it being time-sensitive.

He cast doubts on the scheduled disposition of former SEC director William Hinman which had been scheduled on July 19 and then pushed to July 27, where the witness was expected to give his testimony. He wonders why a  transcript to the same cannot be found despite the two sides disclosing that they had settled on the disposition.

“First, I don’t think the deposition of Director Hinman took place this last Monday. If it had, where is the transcript to be filed under seal for an in-camera review by the Judge…where is the motion to compel Hinman to answer certain questions. it possible that the SECs and Ripples attorneys suddenly became little lawyer-angels and agreed on everything last week?” He said.

It shall be remembered that in the previous letter, SEC vehemently objected to the disposition. It was thus curious to see the two sides come out shaking hands over conducting the same.

“Let me just say that there is something happening here but what is ain’t exactly clear,” he concluded.

In June, the lawyer had predicted that there was likely to be a delay in obtaining a summary judgment, positing that it was likely that the case would drag into early 2022 if the discovery process failed to conclude on time. For now, Ripple’s speed at filing a response before the discovery time-lapses shall be pivotal in ensuring an expedient trial process, or better yet, set up for a summary judgment.

Meanwhile “Xrp-Army” members are hopeful that there will be a finality to the matter which could have XRP listed back on U.S. exchanges, a win that could put XRP well back on track to resume a bullish rally if Bitcoin leads the way.