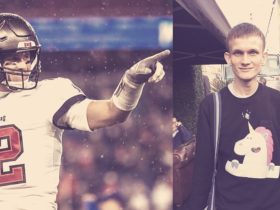 The crypto twitter is abuzz with the news of a 50 BTC cache that was moved from an address that’s been dormant for 11 years. Some say that given that the address was first recorded during the days of Satoshi back in 2009, it’s possible that the coins belong to Satoshi Nakamoto and that he might finally have decided to re-enter the crypto space.

Satoshi Nakamoto has been a rather elusive figure; with people speculating about whom within the crypto community could actually be the Bitcoin creator.

However, one Craig Wright has claimed to be Satoshi, and the community has always demanded clear evidence from him. First off, the real Satoshi Nakamoto would be the only person with access to the 1 million BTC mined by him. Although the latest event of 50 BTC being moved is fueling more speculations about Satoshi’s activity, Craig Wright has denied moving the coins.

Interestingly, the address in question appears among the 16,000 addresses that Craig has presented to the court as his addresses.

Craig presented the said address as part of the documents being scrutinized in a court tussle dubbed Kleinman v. Wright in which Kleinman’s estate is suing Craig for a share of the Bitcoins that late Kleinman and Satoshi are said to have mined together. In this case, Craig is claiming to be Satoshi.

Craig’s denial of having moved the coins begs the question of whether he has been lying to the court that he is Satoshi, and that’s perjury. On the other hand, if Craig says he actually moved the coins, he also stands to commit perjury since he has been on record in court saying that he doesn’t have the access keys to the large BTC cache.

Still, it’s possible that the 50 BTC moved don’t really belong to Satoshi Nakamoto since they’re not part of the larger 1 million BTC addresses. But it’s Craig’s inclusion of the particular address among those he claims he owns that’s creating a bit of a fuss.

News of the movement of the 50 BTC set Bitcoin back by around 5% within hours. Notably, this sudden pressure isn’t unfounded.

Back in 2018, Craig Wright, still claiming to be Satoshi with access to 1 million Bitcoins, threatened to dump his holdings and tank Bitcoin’s price. That, coupled with his assertion that he would dump the BTC at around the time of a halving, has created some level of panic within the Bitcoin community that fears that he might finally be trying to make the dump. However, that can only happen if he really is Satoshi Nakamoto, something that is far from a confirmation.