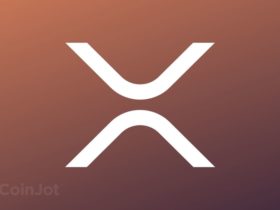 France is racing to be the first country to launch a fully functional digital currency or cryptocurrency, and that dream seems pretty close to its reach with its first testing of the said digital currency having been conducted and ended on May 14, 2020.

Besides Banque De France, an investment bank, Societe Generale, participated in the test. France aims to introduce a digital Euro for actual use within the year.

More Tests To Be Run

While the first test has been said to be successful, the concerned authorities have clarified that the digital currency will still have to undergo a few more tests over the coming weeks.

During the tests, the digital Euro will be sent between banks to ascertain its optimal functionality before its fully incorporated into the country’s financial ecosystem. This was made clear during an earlier press release by Banque De France.

According to the press release published on the central bank’s website, the development of the digital Euro is primarily meant to improve interoperability and interaction between various banks in France. In essence, the digital Euro will be used exclusively by banks as opposed to floating it to the larger population.

“A Call For Projects”

Francois intimated that the central bank plans to start seeking input from the private sector by the end of the first quarter of 2020. He called this strategy “a call for projects” to spur interest within the private sector.

Granted, France isn’t the first country to be interested in a national digital currency. Many other countries have embarked on this venture, with China and the Marshall Islands leading the pack.