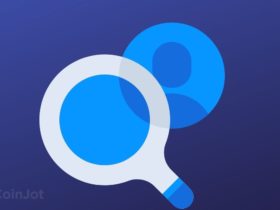 Residents of the United Kingdom have become increasingly interested in cryptocurrencies and their applications within the past recent years. In part, it is justified by the increasing amount of educational content that is circulating across the internet, which also adds up to the hype surrounding Bitcoin since its price rise to $10k earlier this year.

The fact is a fact – a British watchdog, the Financial Conduct Authority (FCA) recently disclosed in its consumer research report that nearly 2 million UK residents (or 1.9 million, to be precise) have Bitcoin or other cryptocurrencies in their possession. This collectively results in 3.86% of the UK population being in charge of digital currencies.

Many more than this were interested in transacting cryptocurrency – it comes to 2.6 million people in 2020 alone, which went up from 1.5 million the year before. The study also shows an impressive pace with which awareness about cryptocurrency spreads – nowadays, it is 73% of people who have heard about cryptocurrency, while just one year ago the figure stood at a depressive 42%.

This clearly supports the positive sentiment about the long-term perspectives of Bitcoin. No wonder, it also came out as the most popular cryptocurrency with respondents’ recognition rate of 78%, while Facebook’s controversial Libra is closely following behind. Both Bitcoin Cash and Ethereum closed up the round.

The top exchanges preferred by British people include Coinbase and Binance. While the first one gained the trust of the whole 63% of UK crypto enthusiasts, the latter appeared to be significantly less demanded while skimmed the residual 15%.

It is also concerning that the major part of the population holds cryptocurrency on the same account it was purchased from, which, in the lack of sufficient protection, may result in loss of crypto funds. While only 24% are keeping the risk down by using a secure cold wallet – a hard wallet, which is completely disconnected from the network, the remaining 46% store crypto on the same account received from. Nevertheless, 34% are practicing sending funds to another account, which may be a good way to bring the hacking risk down.

The research also points out that the study was conducted in the aftermath of Covid-19, which became widely acclaimed for its number of crypto attacks. This is why, the issue of protection is as relevant as never before – it requires a special attention from the side of regulators as well as those experienced in the field.