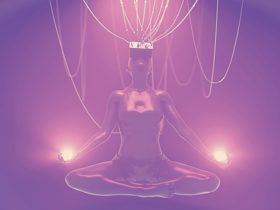 Simplifying The Metaverse: Everything You Should Know

Ethereum-based NFT platform, Immutable has closed a Series C funding after realizing $200 million. The company made the announcement on Monday following the funding led by a Singapore-owned investment company. Temasek. According to a release by Immutable, the funds will be channeled towards acquisitions and the expansion of its workforce.

The NFT space has exploded since 2021 with many businesses showing active interest in metaverses and associated collectibles. It is not really surprising that the Ethereum layer 2 development platform that supports NFTs has successfully raised such an amount in funding.

Immutable is the platform behind layer 2 for NFTs as well as the popular NFT metaverse game-fi, Gods Unchained, and another blockchain games platform, Guild of Guardians.

With the latest funding, Immutable’s valuation has hit $2.5 billion. The outcome of the funding round was announced by Immutable via a Twitter post on Monday, which stated that apart from the Singaporean investment firm, other participating investors were Arrington Capital, Alameda Research, and ParaFi Capital.

With the increase in the valuation of the NFT trading platform, it is looking to employ 200 new hands in the coming months. This would reflect the growth of the company which raised $410 million from a previous funding round last September. The funding will also help the company to meet the demand of a growing NFT space that has been projected to grow to $80 billion in the next 3 years.

The company’s co-founder and president, Robbie Ferguson explained what the future holds for the industry:

“NFTs are eating the world. Gaming will be the trojan horse that means your family can trade and own digital property, without them even knowing,”

Among the products of the company apart from the L2 solution for NFTs and its game-fi platforms is StarkEx, leveraging zero fees and high transactions throughput that enables instant tx confirmations. That this is done without compromising security makes the company’s services a treasure trove on the Ethereum network.

Immutable has already partnered with a few companies in the video gaming niche such as GameStop in its quest to promote its products and the NFT space in general. Its developer’s paradise has attracted many companies such as Illuvium, Tiktok, and OpenSea as these platforms seek scalability on the Ethereum Network.