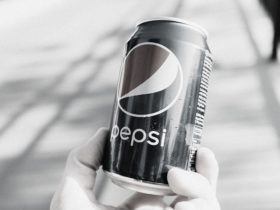 The State regulator in Texas has confirmed that financial institutions, particularly banks, are now free to keep digital assets such as Bitcoin in custody on behalf of clients. The Texas Banking Department, the mandated authority to issue banking charters in Texas, and oversight authority for financial services, said Cryptocurrency custody services can be given by all banks that have already acquired a banking charter license from them.

The regulating agency asserted that as long as there are measures in place to shield the clients’ investments, mitigate unforeseen risk, and promote compliance with the financial laws, nothing can hinder willing banks from providing custodian services. At this point, the agency representative noted that cryptos are virtual instruments, and that exist on the Blockchain. Technically, one would need a private key to transact.

Since digital currencies are typically virtual assets, it means that customers can grant custodian rights to their bankers to hold the Cryptos on their behalf. The custody is typically done in two ways. The first is the bank withholding a copy of the customer’s private keys and the other way is for the digital currencies to remain in the custody of the bank. A new private key is created by the bank in the second method.

The representative wrote that in the case where customers decide to give custodial rights to their bankers, they can be assured that their investments are held securely. In this case, storage methods compatible with different user needs are available. The different methods primarily focus on access, efficiency, and portfolio security. Besides, your banker evaluates each case and picks the best solution. For the best outcome, banks should ensure they’re adequately Insured to secure their crypto holding, the regulator added.

This good news came in after government officials acknowledged Cryptos in Texas’s commercial law. A couple of states are already practicing the custody of digital currencies by state-chartered banks, Wyoming and also Nebraska were the pioneers. Wyoming issued a charter to Kraken Exchange which became its first Cryptocurrency-based financial provider in September 2020. Also, federal-chartered bankers got the authority to provide custody or holding services to citizens in their respective states last year in July.

This latest development definitely plays a major role in boosting the acceptance of cryptocurrencies. In the past, most people viewed digital assets as a mysterious way to invest and a con game, but with such positive moves by legal financial authorities, there’s bound to be improved acceptance and revolution in the cryptocurrency landscape. With more states joining the bandwagon, confidence will greatly increase among potential investors.