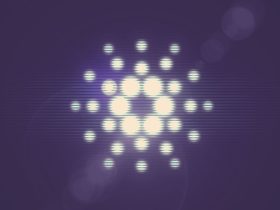 The Biden administration is poised to sign an executive order enabling closer scrutiny of the cryptocurrency industry. This will likely take place this week, according to officials privy to the details of the development.

According to an Aljazeera report, this came about as concerns mounted over the possibility that the Russian government could evade sanctions by using crypto assets. When the order comes into effect, law enforcement agencies in the country will have a clear guide on the policy thrust of the government with respect to cryptocurrencies.

Impact On The Economy And Security

The order will also mandate federal agencies to scrutinize possible regulatory guidelines and how crypto affects national security, the monetary system, and the economy.

There have been calls from some quarters in the United States that cryptocurrencies could have adverse effects on the USD as a reserve currency. This instructed the move of the IMF against the adoption of Bitcoin by El Salvador.

The fresh move by the US government comes nearly two weeks after Russia invaded Ukraine. The US and its allies responded with far-reaching sanctions condemned by the Russian government. The country’s central bank has since increased lending rates to 20% in a bid to shore up liquidity in the economy. Brokers have also been instructed not to sell securities that foreigners own in the country.

The Call for Crypto Regulation

Since last year, there have been rumors about the US government’s plan to pay closer attention to cryptocurrencies.

The Senate Committee on Banking has been at the forefront of the call to regulate the assets, but it appears that the pressure to forestall a Russian evasion of the sanctions has finally prompted the Biden administration to act.

After the executive order has been signed, federal agencies are expected to send in reports on what they have done regarding cryptocurrencies. It is expected that this would have a ripple effect on the industry, especially with respect to how exchanges operate within US and EU jurisdictions.

Last week, the European Central Bank president, Christine Lagarde called on parliaments of EU countries to expedite action on cryptocurrency regulation. The fear of evasion of sanctions by Russia was also responsible for Lagarde’s call.

Despite these, some financial experts are of the opinion that the volume of cryptocurrency in circulation is not enough to make a remarkable recovery impact on the Russian economy as the country seeks to reduce the impact of the sanctions.