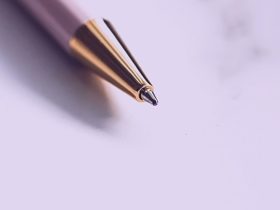 Nayib Bukele has made true his promise to buy some more  Bitcoin.

On Thursday, El Salvador president who now prefers being called an emperor announced that his country had doubled down on its Bitcoin reserve holdings by purchasing an additional 420 BTC, in the process splashing around $24M according to the asset’s price at the time.

The recent purchase comes only days after Bitcoin’s price recoiled after hitting an all-time high, prompting Nayib to ask his 3 million followers a significant part of whom have now turned into pro Bitcoinists whether the dip was in for a buy.

Nayib the “deity of dips”

Bukele’s transformation from being a random Bitcoin buyer into a more prudent purchaser is overt. As opposed to previous purchases which were mainly made without considering various risks, Bukele is now more cautious, often waiting for the price to pull back before he can stack more sats.

In a similar instance, the last purchase on September 20 unlike former purchases saw the country buy an additional 150 bitcoin as the price recoiled to $45,000 after putting up a spirited run to $52,800.

El Salvador now holds a total of 1120 Bitcoins which are valued at around $68 million. Having spent around $44,820,000 in total purchases, the country is sitting a profit of roughly $20M which is expected to grow as price surges.

According to data from buybitcoinworldwide, El Salvador’s government is the third-largest holder of Bitcoin. Ukraine takes the second-largest position with 46,351 coins (0.221% of total bitcoins) which have an estimated value of $2,733,643,080. It is noteworthy that these bitcoins are not directly held by the Ukrainian government, they are owned by Ukrainian public officers according to an April declaration of property disclosure.

Although most of its Bitcoins were acquired from various criminal crackdowns, the Bulgarian government is the largest bitcoin holder to date with  213,519 coins in its reserve. This foray accounts for 1.017% of total available Bitcoins and has a market price of roughly $13 billion.

As Bitcoin continues soaring and offering unending opportunities for people to buy, there is no end in sight as to how much will be enough for El Salvador with Bukele in power.