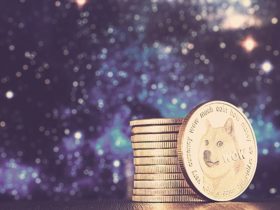 El Salvador’s deity of dips, President Bukele is at it again, this time hoping to double down on yet another dip that Bitcoin seems to be unfolding into.

According to a Saturday tweet, the “Emperor of El Salvador” was seen asking his three million followers, a significant part of whom have now turned into Bitcoin maximalists whether the dip was in for a buy on the asset.

As expected, the responses were more positive with a majority of people calling for the 40-year-old president to purchase some more Bitcoin, which at the time was already down 10% trading around $60,000 after recoiling upon price tapping into an all-time high of $67,000 on Thursday.

One top crypto trader with the moniker of “Pentoshi” replied by advising Mr. Bukele that purchasing between $58k-$61k was still decent.

The trader, who holds a significant portion of Bitcoin stated on Friday that he had dumped at least 230 BTC at $65,000 and bought back in at $61,700 even as Bitcoins price took a breath, thanks to the liquidity offered by the markets.

However, not all responders were taking Bukele’s announcement lightly, especially Salvadorians. A section of responses vetted their frustrations at Bukele’s unilateral approach towards purchasing the asset and the already conflicted Chivo wallet, which has been subject to controversy, with the government being blamed for increasing controlling its use.

One particular citizen decried how the president only seemed to focus on making money while disregarding the integrity of the wallet.

“The idea and everything had been very well received, we all agreed but right now it is time for you to keep an eye on those of Chivo wallet because they screwed up the app Right now all you want to do is get the money” he complained.

No end in sight for Bukele’s Bitcoin purchases

El Salvador, which now holds 700 Bitcoins and is estimated to have made at least $16,000,000 in profits since making its first Bitcoin Purchase in June is has seen a rise in international Bitcoin remittances over the last few months since making Bitcoin legal tender.

Although Bukele’s regime has continued facing a lot of resistance for “imposing” Bitcoin on Salvadorians as put by various observers including Ethereum Co-founder, Vitalim Buterin, Elsavadorians are increasingly ditching the Dollar for Bitcoin given its profitability and independence from government manipulation.

Last week, President Bukele revealed that more Salvadorians were inserting way more USD to buy Bitcoin than what they were withdrawing from the Chivo ATMs which encourages him to double down more on this rare coin.