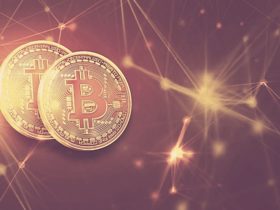 Indonesian Ulema Council (MUI) has stated that the use of cryptocurrency as means of transacting is haram – against the rules of Islam. The wide influence of the organization could have considerable effects on the future of cryptocurrency for the Southeast Asian country.

Indonesia’s religious body has declared the use of cryptocurrencies by Muslims forbidden. The Indonesian Ulema Council (MIU) that comprised of top Muslim scholars made their resolution known in a statement of Thursday, sending shockwaves across the crypto community.

The body cites the uncertainty and volatility associated with cryptocurrency trading as akin to gambling. In Islam, gambling is expressly prohibited and Indonesia, a largely Muslim nation has declared all gambling activities illegal.

According to Asrorun Niam Sholeh, the organization’s head of religious decrees, cryptocurrencies are in clear violation of the country’s extant legislation on gambling. However, it is not a blanket ban as the cleric goes ahead to reveal an alternative for cryptocurrency enthusiasts in the country. He claims that cryptocurrencies may be permissible in Islam if takes the form of a commodity and has a clear value. Sholeh goes on to state that trading cryptocurrencies can be allowed if it can meet the requirements of Sharia law.

Indonesia has 85% of its population as Muslims which translates to nine in ten of the country’s residents being followers of Islam. With a population of 273 million, Indonesia is the fourth most populated country in the world and the 16th largest economy in the world. Although the comments of the MIU are not legally binding, it still wields considerable influence over the populace and the government could be swayed by such a declaration. Given the organization’s prominence, other Islamic bodies could give similar declarations in the coming days.

Cryptocurrencies Are Still On The Rise

Other predominantly Muslim countries have adopted a more lenient stance toward cryptocurrencies over the last year. In September, the UAE unveiled plans to allow the trading of digital tokens in Dubai’s free trade zone. Bahrain took the bold step in embracing cryptocurrencies by unveiling a pro-crypto regulation back in 2019. Iran and Kazakhstan have legalized Bitcoin mining with Kazakhstan providing the second-highest Bitcoin hash rates in the world.