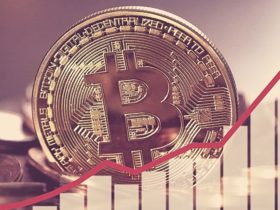 Chinese police have reportedly seized crypto assets worth billions of dollars during a crackdown on the infamous PlusToken Ponzi scheme.

In a Nov.19 court ruling, the Jiangsu Yancheng Intermediate People’s Court laid out in detail all the cryptocurrencies confiscated by Chinese authorities from the scammers, industry publication The Block reported.

The court ruled that the “seized digital currencies will be processed pursuant to laws and the proceeds and gains will be forfeited to the national treasury”. It is, however, not clear what exact method will be used to process the cryptocurrencies. But if the Chinese government decides to sell them for fiat, it could seriously impact the prices of the said crypto assets.

PlusToken started operations back in May of 2018. At the time, the scam operators marketed a crypto trading platform that did not really exist. It lured users by promising handsome payouts, in turn, they were required to deposit crypto assets worth at least $500.

The latest court ruling notes that the pyramid scam attracted more than 2 million investors in the period between April 2018 and June 2019. It swindled crypto assets believed to be worth $2.2 billion at the time. At current prices, they are worth a whopping $11 billion.

The ruling also says that law enforcement has convicted a total of 15 people to date. These convicts are looking at two to eleven years in jail and fines ranging between $100,000 and $1 million.

As previously reported, Chinese police arrested 27 individuals believed to be the masterminds behind the PlusToken Scheme in July. The news of the arrest marked one of the biggest crackdowns on a crypto ponzi scam in the country.