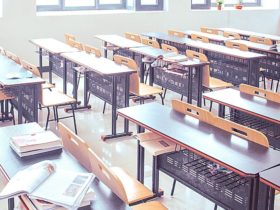 Last year, crypto und management firm, Grayscale, embarked on an aggressive campaign to shift investors from the Gold market to its suite of crypto funds. The company offers management services for crypto investors. Grayscale has recently made headlines as it moved to accumulate large amounts of mined Bitcoins – sometimes buying much more than the mined coins in a week.

Turns out, the investors are finally catching on and are now moving funds from the Gold market to crypto funds management by Grayscale. According to the Grayscale’s managing director, Michael Sonnenshein, more than $1 billion has been raised by the firm during Q3 of 2020. This trend is still building up even during Q4. In fact, JP Morgan is one of the major entities in the financial world that have noted this trend with great interest.

According to reports released by JP Morgan, Grayscale’s fortune in raising that much investment money coincides with the troubles befalling the Gold market. The Gold market has been suffering for the last few weeks, with money out-flows from Gold ETFs noticed since October. This supports the notion that a lot of investors that had invested in Gold ETFs might be reconsidering the portfolios and regarding Bitcoin as the better option. This point has been long touted by many pro-Bitcoiners who argue that the crypto is better poised as a safe haven and a store o value than Gold.

Even worse for Gold, its price has experienced a dip after its market peak back in August. Over the last few months, Gold has suffered a 10% price recoil, something that could shake the investors considering that the crypto market has been gaining well. Compared to August, Bitcoin has gained by double-digit percentages while Gold has lost. Also, the advent of digital assets like Bitcoin has attracted new generational investors who view Gold as the old system.

For a long time, Gold’s success has largely been due to increasing fiat inflation that drives investors to invest in Gold to cushion themselves from the effect. Besides the fact that Bitcoin is now increasingly being favored as a store of value, the future doesn’t look good for Gold – at least according to reports by Goldman Sachs. In a recent writing to its clients, Goldman Sachs said that fiat inflation is unlikely to in the next 2 years. That means no catalyst for the Gold market for the next 2 years. The same can’t be said for the BTC market.