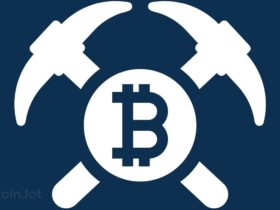 Charles Hoskinson, CEO of IOHK and Founder of Cardano, recently explained how he got into the world of cryptocurrencies 9 years ago, after reading the Bitcoin white paper and using Bitcointalk.org and Reddit to learn more about it.

Charles started professionally in the crypto world 7 years ago when he created a course named “Bitcoin or How I Learned to Stop Worrying and Love Crypto,” where he got about 80,000 students, among which are many of the most influential people like Adam Levine, Andreas Antonopolous, Roger Ver, Eric Voorhees, and Vitalik Buterin among others

After he met Buterin and founded Ethereum with 8 more colleagues, Hoskinson had more capital and knowledge to undertake any proposed business.

“I was in a position where I could do what I wanted to do, so I created IOHK, which is a research and development firm. I’ve been here now for five years. It’s been a long road.”

2013 and 2014 where one of the most difficult times for him as anyone dealing with cryptocurrencies was considered “a bunch of crypto-anarchists against the central bank” trying to destroy the US dollar.

The prejudices with which all crypto enthusiasts were associated were very difficult to overcome and increased even more in 2017 when the ICO boom started and cryptocurrencies were associated with the idea of a “Magic Money Machine” causing retail investors to lose a lot of *real* money.

The world of cryptocurrencies has since matured and as some analysts say, it is becoming more stable and less volatile, so the public perception has changed as many more people understand what Bitcoin is and accept it, even if they don’t use it.

Hoskinson shared a rather funny story about the lack of knowledge that exists in a society when it comes to dealing with cryptocurrencies. Talking about his mother, he said she considers crypto to be a scam or something unreal.

But all of that changed when he was interviewed by Larry King:

“And she said, “What did you do today?” I said, “Oh crazy story. I got interviewed by Larry King.” And she said, “Really?” Every day after that she’s like, “Here’s my son. He’s famous. He talks to Larry King.”

Hoskinson regrets that cryptocurrencies have not detached from traditional markets, especially during this time of crisis driven by the COVID-19 pandemic.

However, he was pleased to see that although institutional investors sold their cryptocurrencies and left for cash, young people under 30 years are buying tokens supporting his ideas. He believes that in the future, Post-millennial generations will be able to bring great amounts of wealth to this industry as the (baby boomers) go out of business.

Hoskinson said he felt somewhat sad because his colleagues did not come out to defend the crypto ecosystem in these times of crisis as he did through videos, emphasizing that despite having rivalries and always competing for which currency is better or have different points of view, at the end of the day everyone is on the same boat and if it sinks they will all sink together.

Charles gave this advice to entrepreneurs:

“Don’t confuse being lucky with being smart…If you somehow get lucky and you find yourself with a windfall, take it, take half out, diversify a bit and preserve your winnings and don’t get ahead of yourself”

Working from home without going crazy and losing your family.

For Hoskinson, working from home can be a very pleasant and productive task at the same time, recommending to use timers of 45 minutes of work and 15 for rest while you leave aside applications that cause you distractions.

“You can be in a prison cell or on a rock or a deserted island, and you can still be productive…It’s super important to spend some time with the family and find a way to communicate, listen and work well with them because if you can accomplish that, then at least you can take a productive break and you won’t be fighting every 15 minutes.”