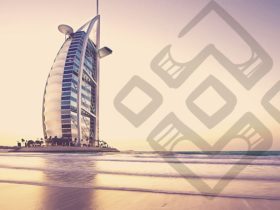 For some time now, there has been a general consensus that cryptos are the future of money. In fact, some like Bitcoin (BTC) already have thousands of ATMs across the world. People can now pay for coffee and education using cryptos.

However, various analysts and influential people in the crypto world seem to have varying sentiments when it comes to which crypto will have a large magnitude as the world shifts from fiat currencies. In an attempt to settle the debate, Ryan Selkis, the founder of Messari sent out a tweet detailing his opinion.

According to Ryan, there are 3 cryptos that look best poised to reap big in the shift from fiat – BTC, ETH, and ZEC. Apparently, the 3 coins are already battling it out, but each of them presents a unique characteristic. This would make it a bit hard for any single of them to win totally over others.

Bitcoin boasts a strong technology backed by big-wigs. Being the pioneer crypto, it already has a running narrative that has been progressively winning hearts and minds for a decade. On the other hand, Ethereum (ETH) has managed to build a platform that doesn’t seem to pose much threat to fiat.

However, the platform’s supporting role as a blockchain-based building base for dApps and even other crypto chains is a force to reckon with. It’s a platform driven by charisma and a vision of the future – and a lot of people are behind it despite the developers shifting goals and deadlines on various occasions.

Thirdly, ZEC seems to be built behind Bitcoin’s shadow, something that makes it hard to ignore. According to Ryan, ZEC has a Trojan horse and keeps behind the shadow of BTC until it’s too strong to fail.

Ryan concludes his analysis by giving simple advice: own all three. This move is logical in the sense that anyone who owns all three will not miss any benefits brought in by any of them. He also mentions a few others that show some potential – ALGO, ADA, DOT, ATOM, XTZ, and XMR.