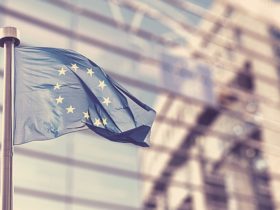 The government has also announced a $16 airdrop event to the first 100,000 Jamaicans who will establish their CBDC wallets after April 1st, to further encourage its adoption and popularity.

The announcement of airdropping $16  to the first 100,000 Jamaicans was first announced in the opening presentation in the 2022/23 Budget Debate in the House of Representatives this week by Jamaican Minister of Finance Nigel Clarke.

Clarke further stated that the following decision will help the country bolster its digital economy and will also encourage citizens to adopt CBDCs to conduct transactions.

“If you don’t have a bank account, all that is required to set up a JAM-DEX-enabled wallet are simplified Know Your Customer information: name, address, date of birth, tax registration number (TRN), and a valid government-issued photo ID such as a driver’s license, passport, or voter identification card. Of course, once NIDS is fully implemented, this will be accepted,” the Minister added.

To further accelerate the adoption of CBDC in the region, four more wallet providers are expected to be onboarded by the Bank of Jamaica (BOJ). Moreover, the Jamaican government has also established a roadmap that includes wider integration of CBDCs by including local merchants, vendors, and corner shops.

“Further, the more corner shops, vendors, and bars that accept JAM-DEX, “is the more useful it becomes and the more widespread its use. We will Incentivise corner shops and informal and formal community businesses to establish… electronic wallets and to facilitate payments in JAM-DEX,”  the announcement later adds.