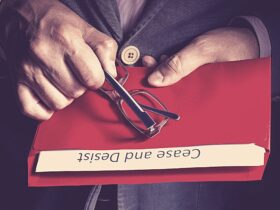 According to a Financial Times report, China is looking to make its Central Bank Digital Currency (CBDC) gain a whole lot of traction by pressuring global brands such as McDonald’s, Nike, and Visa operating in the country to utilize it.

The report notes that the McDonald’s fast-food chain, which is already testing the digital yuan in its operations in Shanghai, is receiving even more pressure to accept the CBDC across its locations nationwide by the time the country hosts the Winter Olympics in February 2022 – the planned time for the complete rollout of the digital currency.

Central Bank Digital Currencies are still a controversial issue, especially among cryptocurrency proponents. Most crypto-natives are critical of the entire idea of CBDCs as they have the potential to pose a threat to privacy.

Not also helping the case for CBDCs is the fact that authoritarian China is at the forefront of pushing for CBDC adoption while also cracking down on permissionless cryptocurrency. Crypto-proponents consider China’s crypto crackdown to stem majorly from a desire to make room for their biggest state surveillance tool by removing all possible competition from the way.

However, China has tried to debunk some of these claims by clarifying that its CBDC keeps users anonymous. Mu Changchun, the Director-General of China’s central bank Digital Currency Research Institute, speaking recently at DC Fintech week explained that while the digital wallet required users to provide basic identification – the most basic being a phone number, the central bank would need a warrant to access the information of any user and only if a transaction was suspected to be illicit. He also adds that the CBDC was designed to collect the least transaction information and makes it hard for users to be tracked.

Doubts about China’s CBDC intentions aside, most central banks are also considering digitizing their currencies seriously as it comes with a lot of expected benefits. An article by Central Banking, a publication that covers news and intelligence on Central Banks policy, regulation, markets, and institutions, highlights a few of these.

For one, CBDCs are considered as a way to provide financial inclusion for those who do not have access to bank accounts. They also have the potential to lower the cost and increase the speed of domestic and international payments. The article also highlights that should China beat the U.S. in releasing a CBDC, it could give the dollar serious competition in the international market.