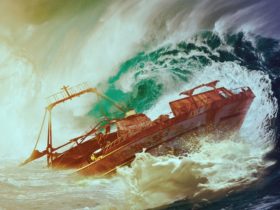 “Crypto Is Not Going Away,” Mike Novogratz Tells Shareholders After LUNA, UST Crash

The narrative in the last few months was that Chinese miners went on an exodus to greener pastures in the face of an aggressive crackdown from government officials. Some brave miners have decided to stay back while playing hide and seek with regulators.

CNBC’s Mackenzie Sigalos wrote on Dec 19th that a handful of cryptocurrency miners are still operating in the shadows despite the ban from the government. Sigalos revealed that she made contact with one of the miners still running an operation in the country and he bared his mind on how the last few months have been since the ban.

The miner revealed that the initial sentiment was that the government was merely blowing steam with the ban and that things will settle down over time. Instead, the government supported the announcement by following through with busts and arrests of illegal miners which sent fears down the spines of miners. The rise of the digital yuan and China’s quest to reduce its carbon footprint were indicators that the country meant business this time around.

As miners fled to new territories, others stayed back in a valiant attempt to skirt the prevailing regulations. A study released by Qihoo 360 a cyber security company stated that there were about 109,000 IP addresses affiliated with cryptocurrency mining. This study stands in sharp contrast to Cambridge University’s claim that Chinese hash rates had fallen to zero. The import of this report is that “as much as 20% of all the world’s bitcoin miners remain in China”.

The USA became the new powerhouse in cryptocurrency mining as fleeing Chinese miners settled in nicely. From China, a sizable portion of miners went to nearby Kazakhstan and Russia to continue their operations.

How Miners Are Avoiding Getting Caught

Underground cryptocurrency miners are employing a series of strategies to stay ahead of the law. The first is the use of VPN to mask their IP addresses from the eyes of prying regulators. Miners still draw power from the grid but they are doing so in bit-sized quantities not to attract the attention of regulators.

“They are drawing from the grid, and they are smaller scale now, so they are fragmented,” said one expert. “They’re usually doing it in chunks of 20 megawatts or smaller, so they’re kind of like home-buying their way to allow them to small-scale mine.”

Chinese miners are now increasingly joining mining pools and reports indicate that some pools assist the miners in masking their operations. This has the effect of “encrypting their packets” to pass as regular web traffic.