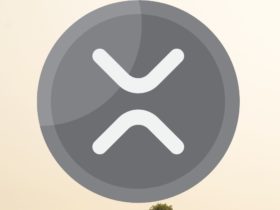 Cryptocurrencies, especially Bitcoin, have been a pain in the neck of the mainstream financial systems for years. Some governments, like China, have been very much anti-cryptos. But is there anything they can do about it? According to Alex Kruger, a government, like the US government, can stop Bitcoin by shorting it and making its market so chaotic that everyone would opt-out. Alex shared his views in a tweet.

The tweet has since attracted the attention of various Bitcoin fans with popular twitter handles like Rhythm and others. Kruger went on to opine that shorting Bitcoin and bringing it down to $1,000 price would make a lot of people incur permanent losses. The government wouldn’t need to employ a 51% attack on Bitcoin to beat it.

However, going forth, Alex Kruger sent out an extra comment admitting that indeed, an attempt by the government to short Bitcoin would face a rather tough legal backlash as opposed to a budgetary issue. On this, a lot of people agree with him.

Regulating And Taxing Vs Destroying And Banning

Continuing his Twitter thread, Alex said that the government isn’t really interested in destroying Bitcoin. Instead, the authorities are more open to making the market more regulated and taxing it.

This opinion aligns with much of what has been happening in the Bitcoin industry of late. The launch of Bakkt’s Bitcoin futures trading platform stamps that.

Most People Are Pro-Crypto

Also, it’s clear that the majority of the people who know about cryptocurrencies actually want them to remain active. Some lawmakers have already declared their support for cryptocurrencies.

In fact, one of the US Presidential hopefuls, Andrew Yang, plans to start paying US citizens what he calls the “freedom dividend,” and it will be paid out in Bitcoin.