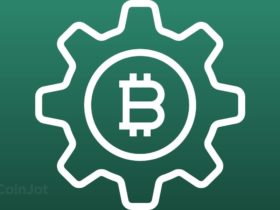 The world has been one giant bubble of buzz since the richest man in it bought one of the biggest social media platforms for $44 billion. Think pieces and opinions are flying all over the place about how this will affect the platform and other industries as well.

It was only 48 hours ago that Twitter made an announcement that it was accepting Elon Musk’s offer to buy the social media giant. The past few weeks have seen Elon Musk go from criticizing Twitter for its lack of free speech to buying 9.2% of the company and becoming its largest shareholder, then getting invited to join the board and rejecting the invitation, and now buying the entire company for $44 billion.

“I want to make Twitter better than ever by enhancing the product with new features, making the algorithms open source to increase trust, defeating the spam bots, and authenticating all humans.”

The crypto community, of course, is elated about the decision as Musk is arguably the most famous crypto enthusiast in the world. Nicknamed “Dogefather”, Musk has actively shown his love for cryptocurrencies, especially Dogecoin and Bitcoin, so it makes sense that the community is looking forward to seeing what a crypto-friendly man owning a crypto-friendly platform will mean for the industry. Dogecoin rallied up 17% just moments after the announcement of Musk acquiring Twitter.

When Musk stated in a TED Talk that he plans to bring an end to spam bots because they significantly degrade the product, he added that he’d have a hundred billion dogecoin if he had a dogecoin for every crypto scam bot he sees.

A lot of famous crypto Twitter people have been showing support and agreement for Musk’s plan for Twitter. Billy Markus, the founder of Dogecoin, in particular has been having a little fun with it, sharing memes and stating that the best thing about Elon Musk buying Twitter is seeing everybody on Twitter whining about it.

Binance founder and CEO, Changpeng Zhao, also posted that he can’t wait until there are no spambots in his comments. Twitter’s own founder and former CEO, Jack Dorsey, called Elon Musk the “singular solution he trusts” to solve the problem of Twitter being a company.

No matter what other plans Musk has for Twitter, it is very clear that pushing for crypto adoption and integrating cryptocurrencies further in the platform is at the top of the list.