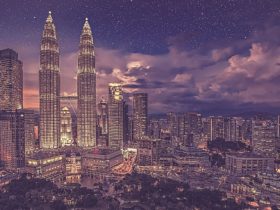 A fraction of the loot in last month’s Ronin attack has been recovered. Binance CEO Changpeng Zhao reported this in a tweet on Friday.

According to CZ, the world’s leading exchange has recovered $5.8 million linked with the Ronin Attack in March. CZ noted that the loot was spread over 86 wallet addresses by the perpetrators. CZ’s tweet read:

“The DPRK hacking group started to move their Axie Infinity stolen funds today. Part of it made to Binance, spread across over 86 accounts. $5.8M has been recovered. We done this many times for other projects in the past too.”

The Ronin bridge, which connects the Ronin network that hosts the popular play-to-earn game Axie Infinity, was exploited last month in one of the largest crypto hacks of the year. According to reports, the exploit occurred on March 23rd, going unnoticed till March 29th costing the parent company Sky Mavis $625 million.

The FBI linked the exploit to a North Korean government-funded group called Lazarus after the attack. Authorities have since warned crypto companies to be on guard as the group may be targeting blockchain companies in the States.

Notably, the group has also been linked with the theft of Defiance Capital CEO Arthur Cheong’s NFTs worth $1.7 million in a phishing scam in the same month. The U.S. Treasury, since the discovery, has also added the attacker’s wallet to its sanction list.

Reimbursement Plans And Beefing Up Security

Following the attack, Sky Mavis has started taking measures to reimburse users affected and beef up its security to prevent future attacks. In addition, Binance is reported to have led a funding round that saw participation from Animoca Brands and Andreessen Horowitz, raising $150 million for the cause.

Sky Mavis is also actively working to strengthen the flaws exposed by the hackers. According to reports, the company plans to increase the number of validators from 5 to 21 in the coming months. In addition to these steps, they have also incentivized ethical hackers with a pool of various prizes to expose potential security flaws the company is yet to identify.