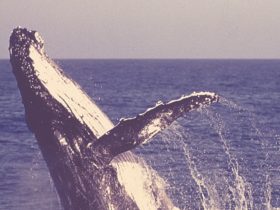 The US Treasury Department has disclosed new details concerning the Axie Infinity Ronin hack that ended up losing $625 million worth of crypto assets. The treasury has alleged that the Ronin exploit was undertaken by Lazarus, a North Korean hacker group, responsible for performing multiple crypto exploits across the domain.

The investigation conducted by the US Treasury Department has brought forth interesting details including adding a new Ethereum address to its sanction list which is reportedly tied to the latest Ronin hack. According to CoinDesk, the wallet is named Ronin Bridge Exploiter by wallet profiler Nansen and held nearly 148,000 ETH at press time. Coindesk later confirmed that the Ethereum address was indeed connected to the latest Ronin exploit.

Multiple sources including Chainalysis and Elliptic confirmed the data and delivered additional details stating that the said Ethereum address was actively involved in the Ronin hack and had already laundered 14% of assets by Thursday.

The undergoing FBI investigation has labeled Lazarus, a North Korean hacker group responsible for robbing $625 million worth of funds from Axie Infinity’s Ronin bridge. Meanwhile, Ronin has issued an official announcement stating that the Ronin Bridge will be deployed by the end of this month after taking necessary security measures.

“We are still in the process of adding additional security measures before redeploying the Ronin Bridge to mitigate future risk. Expect the bridge to be deployed by the end of the month.” The blog post added.

The Ronin Bridge exploit has been dubbed as one of the biggest crypto thefts in the Defi domain, which resulted in Ronin losing nearly $625 million worth of crypto assets. The asset breakdown includes 173,600 ETH and 25.5 million USDC that were lost to hackers in the Ronin security breach.