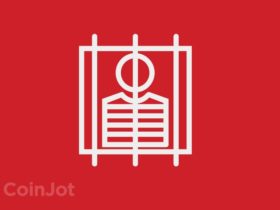 From being the original meme currency that bred hundreds of copy dogs to becoming the most shilled crypto asset by the world’s richest person Elon musk, Dogecoin has many claims to fame.

Yet, despite being floated by loyal Shibes as the best cryptocurrency to drive payments in the future, Robinhood’s C.E.O Vladimir Tenev seems to find issues with those claims.

In a thread of tweets on Thursday, Tenev took to explaining to nearly his 200,000 followers what is needed to make Doge the “future currency of the internet”. According to him, Doge’s transaction fees- roughly $0.003 per transaction-were already great compared to the 1-3% network fees that major card networks charge.

However, he believes that Doge’s block time and Blocksize are still the cryptocurrency’s biggest stumbling blocks to becoming a feasible e-cash frontrunner.

He noted that Doge’s current block time of 1 minute and throughput of 40 transactions per second (tps) was quite slow for payments adding that it should be fast enough to enable the transaction to be recorded in the next block in a lesser time than it takes to pay at a point of sale terminal.

Tenev went further to compare Doge TPS with that of Visa. To him, given that Visa’s network theoretically handles 65,000 tps, “Doge would need to be able to significantly outperform Visa, which entails increasing throughput by at least 10000x.”

Tenev also believes that Doge’s infinite nature as opposed to bitcoin’s finite supply of 21M coins is dangerous for the coin’s future as a currency. Currently, the Doge inflation rate is 5% higher than the dollar given that 5 billion coins enter into circulation every year with the current supply being 133B.

Tenev concluded by urging Doge’s core developer to mainly focus on coming up with a good process for increasing the block size limit over time if Doge’s status as a payment currency is to be realized.

Tenev’s comments came even as Doge co-creator Jackson Palmer lambasted Elon Musk for planning to buy Twitter through a hostile takeover. This was albeit Elon Musk hinting at adding doge as a payment option after buying a 9.2% stake in the mammoth “town square”

“It takes some pretty impressive mental gymnastics to associate any type of ‘freedom’ with the richest man in the world initiating a hostile takeover and forcing one of the largest public social media platforms private,”  Palmer tweeted on Thursday.

As of writing, Doge continues to trade sideways, seemingly unfazed by recent events and is retailing for $0.14 a coin.