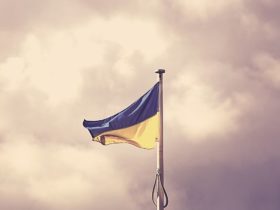 Earlier in the year, Sony lost millions of dollars to employee embezzlement. The FBI is now holding the loot, and they are making plans to hand them over to the company.

Assistant Attorneys with the Justice Department, Oleksandra Johson, and Aaron P. Arnzen filed for the return of the $154 million embezzled from Sony this summer. The suspect supposedly conducted the theft from one of the company’s facilities in Tokyo, Japan. FBI officials, during their investigation, located and confiscated the loot after he swapped it for Bitcoin.

The attorneys filed the case with California’s Southern District court to ensure reparations to Sony for their loss. The funds stolen in May were swapped for 3879.16 Bitcoins.

A press release from the Department of Justice revealed that Sony Life Insurance Company Ltd’s staff rerouted $154 million while the company’s money was being moved to different accounts. The suspect is believed to have faked information in the transfer details. It allowed the sum to be sent to an account in California owned by Mr. Rei. The findings show that after the cash got to the account in America, the suspect immediately used it to purchase Bitcoin.

FBI agents obtained a warrant to seize the loot from the district court in June based on findings from their investigation. The FBI traced the loot and found the line of Bitcoin transactions that summed up the amount lost by the firm in their office in Tokyo.

The FBI found the suspect only due to significant support from Sony, Citibank, and Japanese Law enforcement. This combined effort allowed them to uncover the passphrases to access the suspect’s wallet. The tokens have been seized while the suspect faces trial in Japan.

Acting U.S. Attorney Randy Grossman said, “It is our intent to return the stolen money to the victim of this audacious theft, and today’s action helps us do that. This case is an example of amazing work by FBI agents and Japanese law enforcement, who teamed up to track this virtual cash.”

Crypto criminals have become a pressing concern for the government, following a series of ransomware attacks that saw integral systems hijacked by hackers asking for Bitcoin as ransom. In light of this, the Biden administration has stated that it will leave no stone unturned in going after bad actors.

The DOJ proved their mettle when they tracked down and seized some 67 BTC associated with the Colonial Pipeline hack. In 2013, law enforcement agents busted the Silk Road, leading to the confiscation of 60,000 Bitcoins from Ross Ulbricht, the founder of the black market site.

“Criminals should take note: You cannot rely on cryptocurrency to hide your ill-gotten gains from law enforcement. The United States coordinates extensively with its international partners to forestall crime and retrieve stolen funds,” said Grossman.