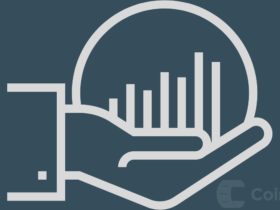 Square Invests Big On Bitcoin With 1% Of Total Assets

Dogecoin co-founder and software engineer, Billy Markus, took to Twitter to say that he is no longer working on the token. He also revealed that he holds only 220,000 DOGE.

Billy Markus aka Shibetoshi Nakamoto revealed via Twitter that he is no longer part of the team working on the Dogecoin project. Declaring that his words are his own and as such do not represent the project or the developers of the project. He disclosed that he held only 220,000 DOGE, adding he was just a member of the community like everyone else.

“Yet another reminder. I don’t speak for dogecoin. I am not on the project. I am a community member. I hold about 220k doge. I will defend those who I feel are actively making the space better. I will discourage those who I feel aren’t. I will talk about whatever I want.” read his tweet.

“I do not owe a single person in this space anything at all. I abhor entitlement, as it destroys communities and contribute nothing – and beyond that, make the volunteers who are contributing less interested in doing so. I’ve said this since 2014,” he stated

Markus quelled speculation that he would be coming back to work on the platform stating that working on a cryptocurrency project is “terrible” because it breeds an unfair sense of entitlement that leads to bad treatment.

Since launched as a parody to popular cryptocurrencies, DOGE shot to fame in 2021 after making gains of over 1,000%. The project was cheered on by Elon Musk, spawning meme coins like Shiba Inu and Floki Inu which are centered around the Japanese dog breed.

Dogecoin was developed in 2013 by Jackson Palmer and Billy Markus. At the time, Jackson worked for Adobe and Billy was at IBM. Currently, both founders are not involved in the project’s development with Palmer leaving in 2015. Palmer took to Twitter in the summer to explain why he left cryptocurrencies and Dogecoin’s development.

Palmer explained that in his opinion and from his study, cryptocurrencies were exploitative of the average man and lacked the safety nets that existed in the traditional markets to protect these people. He added that what ought to have been a decentralized space was slowly becoming no different from the traditional market just with more efficient ways to enrich those behind it at the expense of the others.

Despite having a huge retail following, Dogecoin has not seen consistent development. Early this year with the token skyrocketing in value, its team said that they will resume working on it to keep it in stride with Bitcoin. In more recent news, the Dogecoin Foundation has released the coin’s “trail map” where they champion utility to lead to greater adoption.