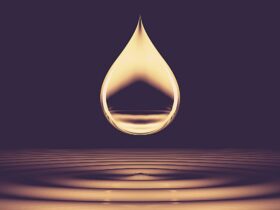 The Lessons of 3AC Liquidation from BlockFi CEO

The walls are closing for FTX’s founder as he is expected to testify in two separate congressional hearings under the looming threat of a subpoena.

U.S. House Financial Services Committee Chair Maxine Waters has confirmed that FTX founder Sam Bankman-Fried will be expected to testify before lawmakers. Waters disclosed via a tweet that the option of “a subpoena is definitely on the table” in response to a CNBC report that she was not willing to issue one.

The Financial Services Committee had requested the presence of Bankman-Fried to testify at a hearing on Dec 13 but the embattled founder turned down the invitation. Bankman-Fried noted that he will be unable to testify in the committee until he has “finished learning and reviewing what happened” to FTX.

“I’m not sure that will happen by the 13th. But when it does, I will testify,” said Bankman-Fried.

His refusal to honor the invitation caused a stir in the digital asset space given the multiple interviews he has granted discussing FTX’s collapse. Waters cited the interviews as proof that he possesses enough information which is “sufficient for testimony.”

The issuance of a subpoena is an option of last resort for the Committee which will compel Bankman-Fried’s appearance before them. Failure to appear after a subpoena has been served is a criminal offense and the embattled founder could face 12 months in prison or a fine of $100,000.

Busy day ahead for Bankman-Fried

Bankman-Fried has been invited to testify before the Senate Committee on Banking, Housing, and Urban Affairs, one day after the hearing of the Financial Services Committee.

“You must answer for the failure of both entities that was caused, at least in part, by the clear misuse of client funds and wiped out billions of dollars owed to over a million creditors,” read the invitation letter.

The hearing titled “Crypto Crash: Why the FTX Bubble Burst and the Harm to Consumers” will seek to probe the perceived misappropriation of customer funds, allegations of a cover-up, and the pausing of withdrawals. The Committee notes that failure to appear before the house will force it to issue “a subpoena to compel your testimony.”