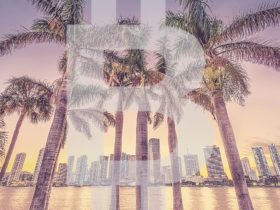 Twitter boss Elon Musk in a tweet has alleged that FTX founder Sam Bankman-Fried donated over $1 billion in potential user funds to Democrats.

The comments came in response to a tweet by ScienceIO CEO Will Manidis, who asserted that SBF’s over $40 million donations to Democrats protected him from jail time despite being accused of stealing over $10 billion in customer and investor funds. Manidis described it as “one of the highest ROI trades of all time.”

In response, Musk alleged that SBF’s donations surpassed $1 billion, asserting that the missing funds in FTX’s balance sheet had to go somewhere.

“That’s just the publicly disclosed number,” Musk tweeted. “His actual support of Dem elections is probably over $1B. The money went somewhere, so where did it go?”

It bears mentioning that SBF was the second-largest individual donor to Democrats in the 2021 to 2022 election cycle, with over $40 million. In May, the former crypto billionaire asserted that he would spend as much as $1 billion to support Democrats in 2024. However, in an interview with Politico in October, he changed his stance, calling the statement “dumb.” Meanwhile, in a recent interview with Tiffany Fong, he lets slip that he spent as much supporting Republican campaigns as Democrats, saying he opted to keep them a secret to avoid media backlash.

Notably, it is not the first time that Musk is raising dust over SBF’s political donations in recent weeks. In a tweet on November 13, Musk asserted that the former FTX CEO had failed to come under regulatory scrutiny before the collapse of the exchange because he was a major donor to the Democratic party.

The Crypto Community Continues To Ask Questions Of Regulators And Lawmakers

In the wake of the FTX collapse, the crypto community has struggled to come to terms with the fact that SBF was able to carry out the kind of financial misconduct described by restructuring officer John Ray in recent bankruptcy court filings under the noses of regulators and members of Congress he routinely rubbed shoulders with.

It has led the crypto community to draw the attention of Congress to links between SBF and US Securities and Exchange Commission chief Gary Gensler. In addition, the intervention of eight Congress members known as the “Blockchain Eight” in an SEC inquiry into crypto firms, including FTX, in March has also come under scrutiny. Per the report from The American Prospect, five members of the bipartisan team received campaign donations from FTX employees.

In light of the revelations from investigative media reports and recent court filings that indicate gross mismanagement of customer and corporate funds, the crypto community continues to question why the FTX founder is yet to be criminally prosecuted. Meanwhile, the crypto founder currently appears to be on a campaign to win in the court of public opinion going on several interviews alleging that there was no intent to commit fraud. Rather he is championing a narrative that he was just grossly negligent.

On Thursday, the Department of Justice called for an independent probe into the FTX collapse and allegations of wrongdoing as part of the bankruptcy proceeding, per a Bloomberg report. Meanwhile, the chair of the House Committee on Financial Services, Maxine Waters, in a tweet has invited SBF to a Congressional hearing on December 13.