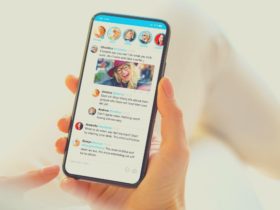 South Korea has obtained an Interpol-issued “Red Notice” for Terraform Labs co-founder Do Kwon wanted in the country over the dramatic collapse of the Terra ecosystem back in May.

Time is running out for Do Kwon.

According to a text message from South Korean Prosecutors, a red notice for Kwon has now been issued as the manhunt for him intensifies. Bloomberg reported on the development early Monday.

An Interpol red notice administered against Kwon means that the embattled crypto entrepreneur has become a fugitive wanted in 195 countries worldwide. When someone gets added to Interpol’s red notice list, authorities from the international policing organization’s member countries are requested to locate and provisionally arrest the individual pending possible extradition or surrender.

Kwon’s location is currently unknown after Singaporean police, where Terraform Labs was headquartered, confirmed he was not in the city-state. Kwon and other Terraform Labs execs are accused of violating Korean capital markets regulations.

The Chase For Kwon Continues

Kwon was the main figurehead behind failed algorithmic stablecoin TerraUSD (UST) — once the industry’s third-largest stablecoin by market cap — and its companion token LUNA.

The Terra ecosystem memorably crashed after UST lost its dollar peg in May, with investors losing over $40 billion worth of investments and savings over the course of just a few weeks.

A Seoul-based court issued a warrant for the arrest of Kwon and five of his accomplices on September 14, before prosecutors asked the finance ministry to revoke his passport.

The brash Terra boss issued a statement on Twitter on September 17, claiming he was not “on the run or something similar”, adding that he and his colleagues were in full cooperation with investigators. The prosecutors responded to Kwon’s statement by saying he was “obviously on the run”.

Although the red notice has not yet been finalized, today’s development is the most obvious sign that Kwon is finally getting his just deserts for his role in Terra’s implosion.