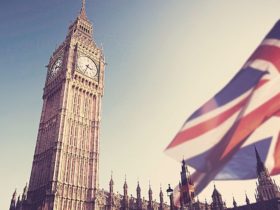 In a tweet today, MicroStrategy’s Michael Saylor announced that the firm had added 301 BTC to its Bitcoin stash despite the unrelenting market rout.

The announcement has been met with mixed responses from the crypto community. While some hail Saylor’s doggedness in his belief in Bitcoin, others believe the purchase announcement will lead to a price dump. It bears mentioning that price corrections have sometimes followed announcements of MicroStrategy’s Bitcoin purchases. For example, the leading crypto asset dropped in price by 1% in the hour following Saylor’s announcement.

“Basically your company has already lost about $1.5 billion (40%) on your Bitcoin gamble. However, Bitcoin would crash if you tried to sell, sending realized losses much higher. MSTR’s foray into Bitcoin has been a disaster. Shareholders should sell while they can,” Schiff wrote in the comments.

Despite a $917 million impairment loss recorded in Q3, the company remains determined to stack more Bitcoin. Notably, company executives have asserted that the company has enough collateral to weather the volatility of the turbulent market. Moreover, Michael Saylor still believes that Bitcoin is the best protection against inflation despite the asset’s recent performances in the face of record inflation numbers.

MicroStrategy first started accumulating Bitcoin in August 2020. At Bitcoin’s current price of $18,940.55, down 1.64% in the last 24 hours, the company’s stash is worth about $2.46 billion and is being held at a $1.5 billion loss. However, in June, Binance’s Changpeng Zhao, CZ, asserted that the MicroStrategy boss would have the last laugh.