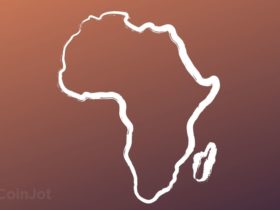 The concept of gaming is changing very fast and what we have today is unlike what has been in existence for years. This is mainly because game makers are increasingly using blockchain as a baseline for gaming applications. The technology makes it possible to build unique collectibles known as non-fungible tokens (NFTs), and the fact that these tokens can be quite valuable if they are rare has made NFT-featured games an attraction for most game players.

This is unlike what was applicable in the past when games were basically built for entertainment or reward. The players participated mainly in games then at their leisure to enjoy themselves. Even play-to-earn games of the past years involved the collection of physical cards, but all those have changed as NFTs take centre stage in gaming.

So what are NFTs and how are they revolutionizing gaming?

NFTs or non-fungible tokens are unique tokens that are built on a blockchain network. These tokens are peculiar because one token is different from another.

Consequently, they are not interchangeable. Non-fungible tokens have several applications apart from gaming. The first set of NFTs was minted on Ethereum’s ERC-721 standard platform that was designed specifically to facilitate tokens that are not fungible like Bitcoin, Ethereum, Litecoin and other common cryptocurrencies. NFTs have found major use in the arts, music, gaming and entertainment industries.

How Are NFTs Used in Games?

Game makers are increasingly seeing ways to attract more users to their games by offering valuable rewards. These rewards are mostly in the form of NFT collectibles.

Players are rewarded with these collectibles as they progress through the different stages of the game. They can also gain these rewards when they reach milestones.

NFTs are not valued equally. While some can be very valuable, others are freely available. The value of a non-fungible token is dependent on its rarity. Some makers also ensure scarcity by limiting the number of NFTs that are minted.

Some NFTs are designed in a way that enables the player or owners to increase the value of their tokens by burning some of the tokens to create NFTs that are of even higher values. For instance, in CryptoKitties, a collector can breed two cats to generate another that has traits that are more desirable. In fighting games such as Axie Infinity, two axies with desirable battle skills can be burned to generate another that has a higher value and more fighting skills.

Many game players have a preference for NFT-centered games because it gives them direct benefit as they progress in games. Also, the collectibles can be exchanged or sold in a secondary market whenever the player wants to generate funds from the assets they acquired through the games.

Jofor Humani
View More Posts
Jofor is a Web3 enthusiast that spends a lot of time exploring what works for most people and what doesn't within the crypto space. Contact: Jofor.Humani [at] Coinjot.com
Creative Writer