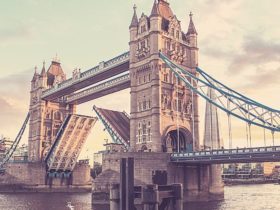 A $196 million hack has been uncovered on Bitmart, a centralized cryptocurrency exchange.

In what the blockchain security firm has described as being “a simple case of swap, transfer, and wash,” the hacker appears to have systematically used 1inch, a decentralized exchange aggregator to swap the stolen funds for Ether (ETH) and then proceed to deposit the ETH into Tornado Cash, a privacy mixer, to obfuscate attempts at tracking the funds.

The CEO of Bitmart, Sheldon Xia, has confirmed the security breach. In a tweet, Xia estimated the drained funds to be worth around $150 million, stating that the exchange had not yet identified the method used to carry out the exploit.

He however assured users that the breached wallet held only a small portion of the exchange’s tokens and the other wallets were left untampered with, adding that the exchange was suspending all withdrawals till further notice.

Since  2017, more than $2 billion have been stolen from centralized exchanges cumulatively. While the cases have been reducing this year compared to other years, the most common form of hack has been the infiltration of the private keys to the exchange’s hot wallet.

So far in the year, there have been two other confirmed cases of security breaches on centralized exchanges. These include Liquid, which lost $97 million to hackers in August, and Hotbit, which was breached in April leading to the exchange shutting down for a while.

However, the biggest centralized exchange hack to date has remained that of Coincheck which lost crypto worth $534m in 2018.

These occurrences, while being recoverable, have the effect of giving the crypto market a severe reputation. Susceptibility to hacks is one major reason regulatory bodies all over the world have paid a lot of attention to the crypto market. A case in point is the U.S SEC that  has repeatedly described the market as “the wild west.“