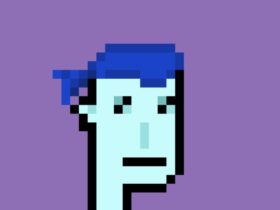 CryptoPunk NFT Sold For $23 Million, Doubling The Previous Record – Here’s How The Buyer Did It

The much-anticipated Byron Reboot went live on the Cardano blockchain on March 30, marking a major milestone as the network edges closer towards its transition to the Shelley mainnet. The Byron Reboot brings along some major upgrades and even some completely new features that will boost the performance of the Cardano network.

Cardano focusing on the long term

The announcement of Byron Reboot going live was made on March 30 by decentralized technology firm Input Output Hong Kong (IOHK). They stated that the Byron Reboot brings a host of changes to the Cardano network through a series of updates across its various components. The changes will be implemented on the Cardano node, blockchain explorer, the native wallet and its backend.

The suggested changes and the completely new implementation were made public through a recent announcement in which they outlined the rationale of rebuilding Byron from scratch. IOHK revealed that they chose to take the long route in creating the Byron Reboot by focusing on the network’s future.

This significance of this approach was reiterated in this latest announcement with IOHK explaining that the shift is not an event but rather is a process. The Byron Reboot development took 18 months and its implementation is expected to take a similarly detailed and progressive approach. The Cardano developer team stated that the new design implementation will take time by following a step by step process.

“Modular, separating the ledger, consensus, and network components of the node, allowing any one of them to be changed, tweaked, and upgraded without affecting the others.”

The ultimate goal of the Byron Reboot is boosting the peer-to-peer network’s performance significantly. This will enable the Cardano blockchain to attain a higher transaction throughput capacity that meet the demands of the network in terms of transactions per second.

The rolling release of the new updates is specifically designed to achieve these goals by systematically introducing new features with additional capabilities. According to IOHK this will enable gradual improvements in performance while allowing the network to continue functioning without normally.

“The goal is to gradually and sustainably migrate the entire Cardano blockchain to working on the new node implementation, without any disruption or loss of service.”

Completion of the Byron Reboot implementation will then pave the way for the Haskell Shelley testnet that will prepare users to run pools ahead of the Shelley mainnet launch.