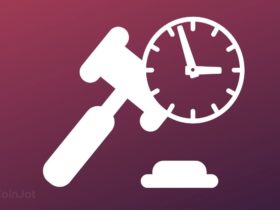 It has emerged that the Stellar Development Foundation has burned about 50% of its Lumens in what seems like an effort to provide equilibrium to its blockchain and the forces of demand and supply.

This development was made public in a recent medium post where the foundation revealed it had destroyed 55 billion XLM tokens in its stash and also indicated to the public that its meridian event which was held in Mexico brought together all the heavyweights within the Stellar Ecosystem in one place for the first time.

According to the SDF:

“…Yesterday, there were about 105 billion lumens in existence, roughly:

This also brings down the total number of lumens available to 50 Billion of which just under 30 Billion is under the administration and control of the foundation.

A pie chart and a table from the SDF Medium handle, the breakdown has been depicted as follows:

From the above diagram, it can be deduced that the SDF’s focus remains on partnership programs which also shows that Stellar somewhat has some adoption issues in the wider crypto space.

However, this is set to change as the Stellar token (XLM) has matured following recent price movements. The price of the digital asset has been seen to have jumped by 20% at the news of the burnout event.

Stellar is also looking to change its focus to adapt to liquid situations in the crypto space.

“…This new mandate reflects our desire to do more of what has worked for Stellar and much less of what hasn’t….”

Much of the crypto space has been kept in a topsy-turvy mode as the rest of the World is still yet to adapt to the new paradigm of decentralized finance (DeFi).

The attempts of the Stellar Development Foundation and others to bring about massive adoption could change all of that for good.