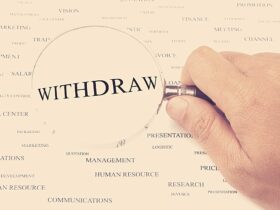 Walmart has said that the Trademark filings it submitted to the U.S. Patent Office in December last year detailing intentions to debut a metaverse, cryptocurrency and non-fungible tokens are part of its overall agenda to innovate and apply emerging technologies to improve future shopping experiences.

Despite huge excitement around Walmart’s involvement in the cryptocurrency industry, the company did not give any details including timelines for the actualization of the innovations. The filings will be submitted to an attorney for further assessment for six months.

Walmart also said that only some ideas proposed in such filings develop to become real products while some are iterated. In 2019, the company submitted a filing, detailing a stablecoin intended to serve low-income users but the idea is yet to come out into a real product.

Details of the filings emerged yesterday showing the company intends to develop a metaverse where it will sell virtual goods including electronics, decor, toys, personal care products, and sporting products. Snapshots of the filings were also distributed on social media to provide evidence for the plans but the trademarks will only be registered once the products are in actual use, said the company.

Walmart, it turns out, also wants to create its cryptocurrency and non-fungible tokens that will be sold inside the metaverse. The cryptocurrency and a digital token of value, according to the fillings, would be used by Walmart customers or users in an “online community via a global network.” The network, cryptocurrency, and NFTs will be built on blockchain technology.

NFTs would also be created, sold, and held inside this metaverse. However, it is not the first time Walmart is said to announce venturing into the metaverse. A video developed for the company and released last year indicated that the shopping company was planning a 3D world based on virtual and augmented reality technologies. Interest in metaverse has grown vastly among companies especially after Meta — formerly Facebook — cemented its plans to launch their metaverse late last year.