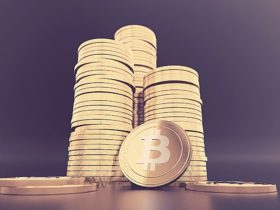 El Salvador, a small country in Central America, surprised the World in September 2021 when President Nayib Bukele declared Bitcoin as legal tender, alongside the US dollar.

With the acceptance of Bitcoin as ‘money’, the government introduced a digital wallet called Chivo app. For every citizen downloading the wallet, the government granted an initial balance of $30 in BTC.

At the same time, the government installed hundreds of bitcoin ATMs across the country. A month later, president Bukele announced the creation of ´Bitcoin City´ located at the foot of a volcano, the same volcano that will provide sufficient geothermal energy to mine bitcoin with zero carbon emissions. Bitcoin City will be a tax-free city except for VAT that will be collected to maintain the public infrastructure in the city.

Bitcoin City will start its construction this year and the government plans the issuance of $1 billion in bitcoin-linked bonds through Liquid Network. Half of the debt is planned to finance the mining infrastructure and mining bitcoin, whilst the other 50 per cent is going to be invested in BTC reserves that have reached so far approximately 1,800 BTC.

The first reaction against El Salvador’s bitcoin enthusiasm came from the mainstream International Monetary Fund (IMF) in the last days of January 2022, urging the country to go backwards and remove bitcoin as legal tender. The IMF alerts that bitcoin as a legal tender and foremostly, backing bonds with it, represent a major risk for the country’s financial and economic stability, estimating that the national debt could rise to 96 per cent of its GDP by the year 2026 which will put the country in an unsustainable path.

Moreover, the IMF also warns that continuing with this policy will block loans from the IMF to El Salvador. The government of Nayib Bukele has instead continued to defend the bitcoin policy.

Perhaps for crypto enthusiasts, it is a great step forward that a national government recognizes a cryptocurrency as legal tender, however, giving the monopoly to bitcoin as the only cryptocurrency in circulation is quite a detractor for the same enthusiasts, for whom the competition of cryptocurrencies would be much more empowering for individuals.

It remains to be seen if  El Salvador is only the commencement of other monetary disruptions in governments such as occurred with Miami Coin in Florida, or the recent draft bill of Senator Wendy Rogers in Arizona State, which if approved, would give legal tender status to a set of cryptocurrencies namely Bitcoin, Litecoin, Ethereum, and Bitcoin Cash.