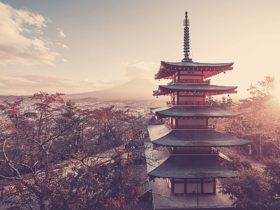 The government of Ukraine has suspended the planned crypto airdrop meant to appreciate donors in view of the Russian invasion. This was revealed by the country’s Vice Prime Minister, Mykhailo Fedorov. According to him, it has become necessary to focus attention on supporting the country’s armed forces at this time.

The airdrop was scheduled to commence today by 6.00 pm, local time.

In its stead, the vice-premier said that there are plans to give priority to the armed forces of Ukraine in view of the attack from Russian forces. In a tweet seen by CoinJot, Fedorov said that there are many people willing to support Ukraine in her trying period. This is despite the fact that there has been immense support coming to the country from different parts of the world.

Fedorov said that instead of an airdrop, the country is planning to issue an NFT that would help in the funding needed in defense of the country. He maintained that with the cancellation of the airdrop, there are no plans by the government to issue fungible tokens now or in the future.

It is not surprising that the government of Ukraine is opting for an NFT. NFTs have become extremely popular among art collectors, with some such as Cryptopunks selling for millions of dollars.

Fedorov stated that the decision to cancel the airdrop was taken after due consultations with experts in the field. NFTs or non-fungible tokens are collectibles that are minted on the blockchain. Their peculiarity is based on the fact that each is unique because it has been assigned a peculiar signature on the blockchain.

Donations Are Mostly in BTC And ETH

The cancellation came after the country received millions of euros in funding following the invasion of the country by Russia last Thursday. Several individuals and organizations have organized crowdfunding programs in solidarity with the country after the invasion. The donations which are mostly in cryptocurrencies came after NATO announced sanctions against Russia.

In appreciation and possibly in a bid to move prospective donors, the government of Ukraine has been publishing top donations that the country has received from friendly governments and private individuals.

The donations are mostly in popular cryptocurrencies such as BTC and ETH. They came in response to the February 26 announcement by the Ukrainian government that it was accepting donations in cryptocurrencies. Blockchain records show that the country has received over $10 million in BTC and $16 million in ETH. This is part of a total crypto donation of over $50 million already received by the government from donors.