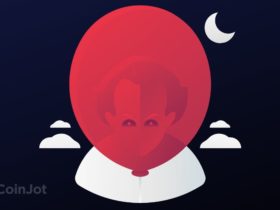 The National Bank of Ukraine has disclosed that citizens would no longer be allowed to make cryptocurrency purchases using the country’s native fiat currency. A move the bank believes would help control some of the economic fallouts faced due to Russia’s invasion.

The National Bank of Ukraine has placed restrictions on using the Ukrainian hryvnia to purchase digital assets. The apex bank says its actions align with the current martial law.

With this move, the country hopes to curb capital flow that could worsen the current plight faced by the Eastern European grain giant as it fights to resist Russian military forces. In the statement released by the country’s apex bank on Thursday, the bank noted that the measures were put in place to ease the strain on its foreign reserves and exercise more control on exchange rates.

The report classified cryptocurrency purchases as “quasi cash transactions,” along with funding of forex broker accounts and traveler check payments. Under the new restrictions, residents of Ukraine can not purchase crypto with foreign currency exceeding 100,000 Ukrainian hryvnias, approximately $3,400 each month.

The National Bank of Ukraine also clarified that present restrictions were only temporary. The bank believes that proper adherence to new restrictions will allow the authority to ease them in the future.

Ukraine, at the moment, remains under siege by Russian forces with no clear path to resolution in sight. On the other hand, NATO continues to double down on Sanctions on Putin’s Russia to dissuade the Russian president from escalating his efforts on Ukrainian soil. As a result, Russia has resorted to buying gold to back the Russian ruble to keep exchange rates down and make the ruble attractive.

The Role Of Crypto In The War

Cryptocurrencies have taken center stage in the conflict between Russia and Ukraine. On the one hand, there are debates about how Russia could use cryptocurrencies to evade sanctions; on the other, we have seen Ukraine receive over $100 million in crypto donations to support its war effort.

Ultimately last month, Ukraine went on to legalize digital assets due to President Volodymyr Zelenskyy signing into law the country’s virtual asset bill. However, the impact of these new restrictions on the crypto market in the country, which boomed in the early weeks of the conflict, is yet to be seen.

However, the EU and the US have stepped up efforts to ensure that Russian oligarchs don’t skirt sanctions with crypto with fresh sanctions on mining operations and limits on Russian transactions on exchanges. As reported on Thursday, the world’s largest exchange Binance has also placed restrictions on Russian customers due to these fresh sanctions.